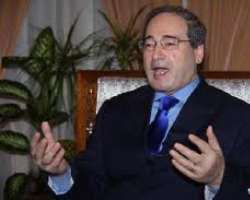 Meanwhile the decision by President Barack Obama to take a step back from an imminent strike on Syria puts all eyes on Vladimir Putin's G20 summit where the Russian and US leaders will push for global support of their divergent policies.

The Kremlin has said that Syria is not on the official agenda of the summit to be hosted by Russia in Saint Petersburg on Thursday and Friday. But with both Moscow and Washington keen to use it as a platform to discuss a potential US-led strike against the Syrian regime, the issue is quickly becoming the elephant in the room.

The two-day meeting, to be attended by the Group of 20 heads of state or government, will also likely be the last chance for a face-to-face debate over possible military intervention before it is voted on in the US Congress, due to come back from recess on September 9.

Obama's move on Saturday to push back military action until after a debate and vote by US lawmakers followed Putin's call not to take rash actions, which had some Russian politicians gloating on Sunday.

'Obama was one step away from war,' tweeted the head of the Russian parliament's international affairs committee Alexei Pushkov. 'He does not want to be the second George Bush with the whole world against him.'

Russia has rejected claims that the regime of Bashar al-Assad has used chemical arms, and Putin, in his first public reaction to claims that Assad was behind attacks on August 21, said the United States must provide proof and avoid repeating the past 'mistakes' of Iraq and other interventions.

He called on Obama to use the G20 summit as a venue to flesh out their differences over Syria, even though the Kremlin denied earlier that any bilateral meeting has been planned between the two leaders.

'I would tell my colleague (Obama) that we shall have a meeting soon in Saint Petersburg,' Putin said after repeating Russia's position that the alleged attack was a 'provocation' to draw the US into the conflict, and that for the Syrian regime to use chemical weapons would be 'utter nonsense.'

'Of course the G20… cannot be a replacement for the UN Security Council, which is the sole body that can make a decision about using force. But it's a good place to discuss the problem. Why not use the opportunity?,' Putin said.

Obama will also use the delay in taking action on Syria to build more international support for the US position at the summit in Russia, a White House official said late Saturday.

Russia has supported Assad, vowing to veto any action against him in the Security Council, and Putin on Saturday admitted that he had not discussed Syria with Obama since the first accusations against the regime regarding the chemical attacks were made.

But hosting the summit in one of the Kremlin's official residence palaces, Putin will have prime opportunity to argue his case, bolstered by the war-weary British parliament's shock rejection of military action which left France as America's main Syria ally.