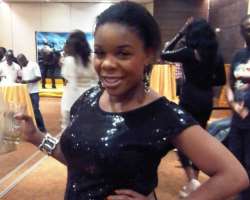 If information reaching us is anything to go by, then Nigeria's dance queen, Kafayat Shafau and her husband, Joseph Ameh will be welcoming their second child later this year or early next year.

This is because the energetic World Record breaker is reportedly pregnant. She is said to be in her second trimester. Kaffy gave birth to her first child named Kamal in December 2011 out of wedlock but eventually got married to her babydaddy in June 2012 in Lekki, Lagos.

The couple is happy about the bundle of joy coming their way soon.