Why Do Showbiz People Lie About Their Age? 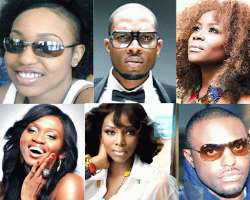 I am 28 years old and I don't see any reason why I should either reduce or increase my age. The fact is that I was born 28 years ago and that is me. So why would anyone want to hide, increase or decrease their age?

In some occupations, especially with civil service, workers who entered the job late in life, usually reduce their ages so they would stay in the profession for long before going on retirement. Nollywoodgists.com

In showbiz, however, there is no one forcing any one to retire at any time so what is the sense in reducing your age? There are a lot of people in showbiz industry who have reduced their ages. If they are 35 years, they tell you they are 30.

My research has revealed that firstly, most of them do that so people will be marveled at their achievements even at that 'young' age so they will ask: “oh so he is that young? Wow, I thought he was some old guy oo. At this 'young' age look at the greater things he has been able to do.” Nollywoodgists.com

In fact, if you do that I think you are rather fooling yourself because in your bones, you are not as young as you claim.

There are others who also do so because they think they have not achieved whatever they want in life yet and that making their real ages public would make people look down upon them for not being able to attain certain statuses in life.

Another fact is that there has been this penchant for people to soon retire some showbizers because of their age. Especially with radio and television, when one does what they do for a long time, people begin to say they are too archaic and should make way for the young ones.

This practice is not a good one because most of the old folk in the industry are very experienced and never fade out. Such people are always relevant in the game except those who do not add value to themselves and with the passage of time, time betrays them. A person of Kwabena Yeboah's ilk will always be employed to do sports because he does it well.

For footballers, lying about one's age is a norm. It is believed that 99% of footballers or people in sports do not use their real ages. This is well understood by many because it is usually required of the sports man to be of a certain age before they can qualify for a tournament. In the wake of this, they have never used their real ages.

If they did, most of them would not have been in business. But what about the musician, actor, radio or TV presenter, comedian who doesn't need 'age' to get a gig?

To me if someone will respect you, they will do so per the content of your character and your intellect. What comes out of you tells who you are and instinctively tells people how to relate with you.

In our part of the world, we only get to know the real age of most celebrities after they have died. If they claim age is just a number, why do they feel embarrassed to make their ages public?