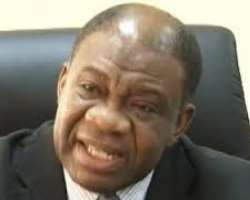 
Winners of the 11 distribution companies of the Power Holding Company of Nigeria (PHCN) have issued fresh conditions to the Federal Government before they  could  balance 75 percent of the bid’s value.

One of their conditions is  that the federal government must meet up with established “condition precedent.”

They also requested for additional one month extension to the payment deadline with just about two weeks to the expiration of deadline set by the National Council on Privatisation, NCP, for payment of the outstanding 75 percent bid price.

Ten out of the 11 distribution companies which met with Minister of Power, Chinedu Nebo, said the deadline of August 21 was not feasible.

Only Kaduna Distribution Company was not involved.

Other demands of the bidders represented under the auspices of the Roundtable of Distribution Companies, the Disco Roundtable, are that the government must hand over the assets free of all legacy liabilities. It thus asked the government to quicken its payment of severance benefits to employees of the defunct PHCN companies to allow the bidders access finances to pay up its 75 percent balance.

Chairman of the Disco Roundtable, Dr. Ransome Owan, who led the group told the minister that government’s interactions with labour unions of PHCN had remained a source of concern to financial institutions willing to lend monies to the preferred bidders.

He explained that it was necessary for government to finalise payment of severance benefits of the workers before the stipulated August 21, 2013 long stop date.

According to him,  lenders expect evidence of these payments before funds for completion of the payments can be drawn down.

They said that  government should consider an extension of the payment deadline to September 21, 2013, perhaps, to allow for government’s completion of payment of the severance benefits.

Owan said: “By March 21, 2013, all the 10 bidders paid the 25 percent down payment and the balance is to be made by August 21, 2013. It is a condition precedent that the DISCOS would be handed over free from all legacy liabilities.

“Our lenders are mindful of this and are reluctant to approve loans and condition draw-down. Therefore, it is vital for full payment obligations to the current PHCN employees be finalised before the long stop date of August 21. Lenders expect evidence of these payments before we can draw down on funds to complete our payments.

“As at now, the discos operate at a loss and buyers would quickly deploy their respective turnaround plans. Therefore, we pray the minister to convene a stakeholders meeting before August 21 to check the progress before the long stop date.

“In addition, the minister should kindly consider the following: Conclude all labour issues and meet all conditions precedent before August 21, 2013, assistance in the release of the subsidy contained in the Multi Year Tariff Order (MYTO) model for each of the discos and adequate funding of the TCN”, he stated. The group also requested for “Extended five to10 years special tax holidays for electricity distribution companies akin to the telecom start-up assistance to mitigate tariff increases and high cost and consider extending the long stop date to September 21, 2013 to allow for the full satisfaction of all condition precedent items of the government.”

Nebo in his remarks acknowledged that government was aware of the challenges of the preferred bidders and has mulled on the issues before now to allow for a smooth privatisation transition.