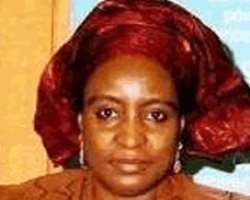 Northern Senators Forum and members of the National Interest Group (NIG), have turned down overtures from the First Lady, Hajiya Turai Yar'Adua to maintain the status quo and not disgrace President Umaru Musa Yar'Adua out of office.

In the same vein, feelers from the Presidency indicate that recuperating President Yar'Adua who was hurriedly brought into the country last week may no longer be fit enough to withstand the rigours of the office of President. Members of the NIG in the Senate have in the mean time, resolved to press for the physical appearance of President Yar'Adua either through television broadcast or by addressing the National Assembly.

A Senator from the North East zone who attended the meeting of Northern Senators Forum told Daily Sun that from the entreaties of the First Lady, it was clear that she was no longer campaigning for her husband's continuation in office as President but merely wanted his interest protected by the Senate and House of Representatives.

The Senator, who spoke on the condition of anonymity said, 'I can tell you for sure that the First Lady Turai is lobbying to get one of their loyalists nominated and approved as Vice President to Acting President Goodluck Jonathan since it is now clear that President Yar'Adua can no longer continue in office.'

He further opined that those on the card of the First Lady for the position of the Vice President are the Minister of Agriculture, Dr. Saiyadi Abba-Ruma, his FCT counterpart, Senator Adamu Aliero and the Chairman of the Senate Committee on Defence, Senator Ibrahim Ida from Katsina State.

The Northern Senators Forum members, majority of whom are members of the National Interest Group led by Senator Bala Mohammed (ANPP Bauchi), politely turned down the request of Hajiya Turai insisting that they would rather be guided by national interest and not that of an individual or a group working against the overall interest of Nigeria, adding that they do not see how the Yar'Adua's Presidency has been of any advantage to the Northern region.

First Lady Turai, Daily Sun gathered, is of the strong view that the Senate which ought to be less radical in nature has gone too much to the left on the matter concerning her husband's health thus has moved to get members of the House of Representatives to key into her demands as part of the compensation she believe her family deserves.

The First family is believed to have come to the conclusion that the Senate President, Senator David Mark unlike the Speaker of the House of Representatives is not in control of the Senate that is now believed to have been taken over by the radical group.

Daily Sun also gathered that explanation by some of the emissaries of the First Lady that President Yar'Adua was brought in to assuage their feelings did not scale through as the Senators pointedly told the conveyers of the message that if it was true, they would have been taken into confidence before Yar'Adua was brought in a commando action.

Daily Sun equally gathered that spirited attempts by Senators from Katsina State, led by the Chief Whip of the Senate, Senator Kanti Bello to get their colleagues accept the overtures of Hajiya Turai Yar'Adua owing to what they described as a heavy burden on them were rebuffed by majority of the Northern Senators Forum.

The Katsina Senators were said to have pleaded with their Northern Senators to assist them by accepting the plea of the First Lady in order not to have their positions jettisoned as well as save them the difficulty of facing their people back home.

Inspite of the arrival of President Umaru Musa Yar'Adua, the Northern oligarchy has intensified efforts aimed at getting a formidable candidate to work with Acting President Goodluck Jonathan as Vice President.

Following the not too impressive outing with the Northern Senators Forum, Turai is believed to have extended her tentacles to Senators from other zones to sell her position to them even as majority of the Senators are yet to give her fronts any serious listening ears as they are believed to be analyzing the development as an attempt to reduce and personalize issues of State.

Meanwhile, a powerful group from the North including those from the ailing President's home state of Katsina has commenced vigorous shopping for the nomination of a strong and acceptable candidate to serve as Vice president to Acting President Goodluck Jonathan.

The Northern group believed to be headed by elder statesman, Alhaji Mamman Daura, Alhaji Wada Maida former Managing Director of News Agency of Nigeria (NAN) and one time Chief Press Secretary to General Muhammadu Buhari when he was Head of State and Mallam Adamu Adamu a columnist are believed to have zeroed in on former Chief of Army Staff and later Minister of Defence, General T. Y. Danjuma for the position.

The choice of General T. Y. Danjuma (rtd.), Daily Sun gathered was based on the understanding that he is highly connected, understands the dynamics of power with a good grip on the military, in addition to his enormous wealth and most importantly as one that would be in a position to checkmate the influence of former President Obasanjo on the Dr. Jonathan's presidency.

It was also gathered that the Northern oligarchy made up of Emirs and former Presidents are working behind the scene while putting some of their foot soldiers to commence the campaign for the choice and acceptance of Gen. T. Y. Danjuma (rtd.).

Daily Sun sources further revealed that the choice of General Danjuma, a Christian to work with Dr. Jonathan also a Christian is aimed at erasing and correcting the impression that Christians from the Northern part of the country are not acceptable to the core Northern Muslims.

It is also part of the message by the Northern oligarchy to the rest of the country that a Christian/Christian ticket is also acceptable to the North like it was acceptable to the Christians community during the election of late Chief M. K.O. Abiola and Ambassador Babagana Kingibe that was a Muslim/Muslim ticket in annulled 1993 presidential election.