Eulogy For My Modern-Day Heroes! 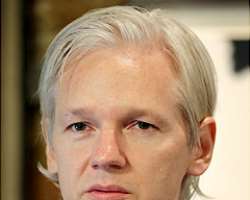 He is my hero. George Galloway stands for truth and consistently exposes the hypocrisy and double standards of American Middle Eastern and foreign policy. He is my hero. Naom Chomsky is consistent and clear and has shed more light on the murky activities of the CIA in world history and the far-right in American politics than any other human being in the history of humanity. He is my hero.

David Icke has opened our eyes to the evil that rules the world and freed us from ignorance and mental slavery. He is my hero. Claire Daly dared to speak out before her peers about the atrocities and war crimes of Barack Obama. She is my hero. Edward Snowden revealed to the world that we are all being watched and tapped and that the U.S. PRISM spying system has created a New World Order where Big Brother reigns and rules. He is my hero. C.S. Lewis converted me to the christian faith through the sheer logic, brilliance and intellectual vigour of his celebrated books. He is my hero.

Chuck Missler has opened my eyes and enlightened me about the scriptures and the ''End Times'' more than any other. He is my hero. Rob Skiba has proved to me through his vast knowledge of God's Word, Greek mythology and Babylonian history that not all humans beings are human, that the seed, bloodline and genetic descendants of the nephilim still thrive on the earth and that a soon-to-be resurrected Nimrod will eventually rise up from Syria/Turkey and will become the dreaded and long-predicted Antichrist. He is my hero. John Hagee, the friend of Israel and the father of many nations, is fearless, annointed and powerful and he is the greatest preacher on earth today. He is my hero.

These men and women speak nothing but truth and they are indeed the greatest thinkers and keenest minds of our time. And I am nothing more than a servant of truth- loved by God but hated by men. Yet I wish that I had one tenth of the courage, wisdom, brilliance, and knowledge of these great and collossal figures, each of whom has sought to make the world a better place. People may hate and villify them today and they may mock, belittle and make jest of their monuemental contributions. That has always been the way of the dull and the shallow.

Yet I have no doubt that history and posterity will be very kind to them and will grant them a place amongst the titans because they stood up and spoke the truth even at the most awkward times. More importantly they did so at the risk of their lives, their liberty and their reputations, when no-one else would do so and when it mattered the most.

I salute these great minds and courageous souls. They are indeed my modern-day heroes.