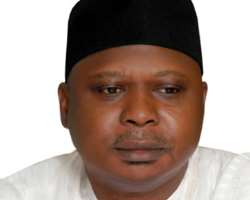 SAN FRANCISCO, July 30, (THEWILL) – The Federal Government on Tuesday extended by two months the tenure of the Presidential Committee on Dialogue and Reconciliation of Conflicts in Northern States led by the Minister of Special Duties, Kabiru Tanimu Turaki.

The extension came just as Boko Haram unleashed fresh terror on residents of Kano, killing more than 12 persons and injuring many others in multiple explosions on Monday night.

Turaki had last month disclosed that his committee had extracted a pledge of ceasefire from a splinter group of the Boko Haram.

But Boko Haram leader, Abubakar Shekau, was to refute the claims, saying the group will step up its violent activities.

However, Turaki said on Tuesday at the State House that the committee was in touch with the genuine faction of the sect.

"The people we have been speaking with who are genuine members of the Boko Haram sect have themselves taken up the issue with some of their colleagues and I don't want to reduce it to a diatribe between the committee with any other person or any group of persons.

"We have informed Nigerians of what we are doing. What we said is true and accurate and very soon Nigerians will also be availed of sufficient facts that will confirm the information that we have given which is very correct," he said.

The Minister also said that his committee will not be cowed by Monday's explosions from continuing with its assignment.

"We are undeterred. We will proceed with the discussions and by the special grace of God and by the prayers of all peace loving Nigerians we will able to conquer incidents like these," he said..

On Shekau's denial of the purported ceasefire, Turaki said: "I think we have gone beyond that. This issue of whether or not an understanding has been reached I think is something that has been sorted out. The same Nigerians are saying that the committee is not doing anything?

"We will call on Nigerians to continue to be patient. In this kind of situation, there are a lot of segments to it.

" But what I need to say is that we are focused as a committee and we will continue to do what we are doing because no where in this world will you get a situation we are having and be able to solve it in a day.

Turaki, however, assured that the committee is "working and very soon Nigerians will begin to see the fruits of the work the committee on dialogue is doing by the special grace of God."

On the two months extension granted his committee, he said "We have been able to work on the critical terms of reference but we are now working on two major ones for that matter: the issue of dialogue which is most fundamental and the issue of victims' support."

According to the Minister, "Regarding victims support, we have been able to make a lot of progress, I think we have gone 80 to 90 percent on what we should be doing on that.

We spent a lot of time earning the trust of some of the key figures of the insurgency now getting to the point where we are engaged in critical discussions with them and like I said these discussions are such that will lead not only to the signing of ceasefire agreements by the appropriate organs of government but also lead to disarmament."

He added that there is the need to tackle carefully the issue of disarmament "because as a committee, we are not professionals."

According to him, " what we can do is to broker the arrangement to the level where appropriate authorities, whether they are military, police or combination of both will now have to take the front seat and be in charge of the issue of surrender of arms and disarmament.But as far as we are concerned, we are making a lot of progress in this direction."