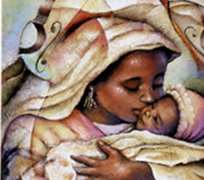 Did you just wake up? Did you never before know of these provisions in the constitution and occurrences across Nigeria since forever?

No, not what you said Femi, nor what much of the junk media propagated, the senate did not pass any child marriage bill on July 16th.

Again, not the calumniation you proliferate, the senate did not approve child marriage by failing to delete Section 29 (4)(b), they only retained as ingrained in the constitution, a married young woman's right to renounce her citizenship for purposes which include but are not limited to asylum seeking and foreign spouse related travel.

Again, no, Femi Fani-Kayode, there is no Muslim law that permits sex with children.

Emphasis: Islam is vehemently against sex with children and Islam does not permit pedophilia.

Education and Information: Sex with anyone who is post-pubertal is not pedophilia. Pedophilia is defined as: A person who has a sustained sexual orientation toward pre-pubertal children.

Fact on culture: 78% of marriages in north Nigeria are to women below the age of 18. (Most wise people know that protests and threats never change culture or religion.)

Fact on culture: 70% of marriages in Mali are to women below the age of 18. (And Mali does not have Nigeria's peculiar VVF explosive crises)

Fact: The age of marriage in south Nigeria is generally set at 16.

Fact: The age of marriage for girls in the Vatican is set at 14 as per the code of canon law.

Fact: USA refused to sign the UN declaration of the rights of a child.

Fact: Seven primary risk factors for obstetrical fistula commonly reported include the place of birth and presence of a skilled birth attendant, the duration of labor and the use of a partograph, the lack of prenatal care, early marriage and young age at delivery, older age, lack of family planning, and a number of other poorly defined additional factors... Pierre Marie Tebeu et al, Int Urogynecol J. 2012

Nota bene: Human beings are not tinned tomato with 'best before' or 'expiration date,' and as hence, 18 can in no logical or physiological way, be the magical date that a child becomes an adult.

Nota bene: 18 is not a date enforced under the child rights UN act. It is only a recommended date; to maintain signatory to the act, a state can adopt an age of choice as its age of majority, above or below 18.

Nota bene: Biologically, medically and culturally, adulthood is defined as the attainment of sexual and social maturity, and is variable inter and intra-specie. A 13 year post pubertal man may not yet be intellectually mature just as a 52 year old man may not be deemed mature if he still acts intellectually and socially pediatric.

Popular consensus of the blesseds: Mary was 12 when she was betrothed to 90 year old Joseph, and God gave her Jesus when she was ~12-16.

Medical facts:
Teen pregnancy does not cause vesico or recto-vaginal fistula, lack of nearby quality obstetric care does.

Teen pregnancy reduces the risk/rate of breast cancer by 50%. Repeat, 50%!

Between teens and thirties, fertility rate drops by as much as 40%!

There are 2 teen pregnancies in south Nigeria for every 8 in the north.

#WomanNotCommodity
Aristo's are men who line up with their cars at Moremi and other campus halls to predate on and rump peoples teen and older daughters.

#WomanNotCommodity
81% of Nigerian women suffer from domestic violence, including wife murdering which is very prevalent and almost exclusive to southern parts of Nigeria.

The right to life: Abortion crises in Nigeria is a great threat to our women as well as murder of babies. This is a clear cause for address.

In conclusion.
There is no problem with Nigeria having this conversation in a mature, respectable productive format, on our women, their rights including age, opportunity, marriage and domestic violence related. But there is absolutely no reason for these childish rants and hopeless cheap-publicity seeking campaigns.

Nigeria is just--thank God--finally putting a lid on Boko Haram ethno-tensive risky violence. We are dealing with the second worst high sea piracy in the world, with the worst government in the world. Nigeria is the worst place to be born. If anything, married males should also be included in the provision and granted the rights of renunciation. And perhaps also, our purer teens should be allowed to vote, maybe this will save us from the stupid choices our adults vote into power. No law was broken in the events of the fateful senate meeting of July 16, neither law of God, nor law of man was violated. Do you wish a law to be violated?

Do you wish senators to vote against the desires of their constituents who elected them to office? Why do Nigerians love and promote lawlessness? Due process was followed that fateful day. Why do we not first go after the millions of actual legal violations in the government and community that are clear and present government terror, than continue peddling this preposterous, gelastic, harebrained misinformation and misconstruction of events of the proceedings, with only aim, to attack 80% of northern marriages and in effect incite ethnic distrust? What a sorry nation with the most misplaced revolutions in history. They say lawyers are liars. I hardly believe. And so also, I refuse to believe the caution that actresses should always be suspected of being in performance.

I am not sure the world started in Nigeria, so why must the apocalypse begin from Nigeria? I rest my case on this ludicrous distraction and hereby return to the issues of 5>27 and 16>19, child and teenage numbers, surpassing adult numbers