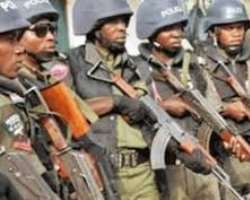 
With just nine days to the end of the Ramadan fasting period, all security agencies in the country, especially the Federal Capital Territory, have been placed on red alert, following credible intelligence reports of plans to carry out bombings within the country.


The intelligence report from the Directorate of State Security, which is corroborated by other intelligence organs of government, has been sent to all heads of security agencies in the country as Vanguard gathered and it directly said there will be 'A over, on or before the end of the Ramadan fasting'.