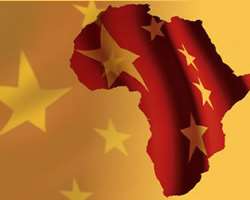 The agreements which were signed after bilateral talks between the two leaders and their delegations, according to a statement issued by the Presidential Adviser on Media and Publicity,Dr. Reuben Abati, on Wednesday, include the framework agreement on comprehensive financial cooperation in support of Nigeria’s economic development and a preferential buyer credit agreement for Nigeria’s four airports expansion project.

Others, according to the statement, were a new agreement on economic and technical cooperation between Nigeria and China; an agreement on mutual visa exemption for holders of diplomatic and official passports from both countries and an agreement for the prevention of the theft, illicit import and export of cultural property.

BILATERAL TALKS BETWEEN MEMBERS OF THE NIGERIAN DELEGATION TO CHINA AND THE CHINESE GOVERNMENT IN BEIJIN, CHINA. JULY 10, 2013

Speaking before the commencement of the talks, President Jonathan , according to the statement, expressed gratitude to President Jinping and the people of China for the warm reception accorded him and the First Lady, Dame Patience Jonathan, since their arrival in Beijing on Tuesday.

The President assured President Jinping that the Federal Government was fully committed to sustaining and developing the strategic partnership between Nigeria and China for the mutual benefit of the two countries and their people.

He said that in spite of the many positive developments in bilateral relations between the countries in recent years, there was still ample scope for increased trade and direct investment from China in Nigeria.

President Jinping, on his part, assured President Jonathan that China will continue to work with Nigeria in all possible areas in furtherance of the development agenda of both countries.

The statement added that earlier in the day, President Jonathan met and invited senior executives of several Chinese conglomerates to initiate fresh investments in Nigeria or increase existing ones, saying the Federal Government was committed to doing all within its powers to expand Nigeria’s domestic manufacturing capacity.

At a breakfast meeting with African ambassadors to China, President Jonathan reaffirmed his conviction that African countries needed to strengthen their institutions of democratic governance to guarantee political stability and sustained development.

He said that democratic governance ought to be nurtured and encouraged until it takes firmer root across the continent, adding that the African Union must continue to stand against unconstitutional changes of government in member-states.

The President lamented the recent political developments in Egypt and called for a speedy return by the country to constitutional order and governance.

Noting that the Forum on China-Africa Cooperation has become a useful framework for engagement between Africa and China, President Jonathan said the African Union may consider the establishment of a representative office in Beijing to facilitate closer ties between the Asian economic giant and African nations.

President Jonathan, the statement noted, will meet with Premier Li Keqiang and the Chairman of the Standing Committee of the National Peoples Congress, Mr. Zhang Dejiang on Thursday for further bilateral talks.

He will also address Chinese investors and their Nigerian counterparts at a business forum in the China World Trade Centre in continuation of his state visit to the country.