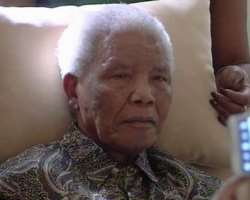 
These confluences of historical events this week are such that most of us would be twitching our bodies and scratching our heads to resolve, and appreciate for years to come. Indeed the events that have transpired this week would require generational assessment if we desire the relevancy of mankind in the cosmos. Our human race have been saddened by the critical condition of the indomitable voice of the oppressed in South Africa under the apartheid reign and the eventual distinguished leader of the South African people. Most are eagerly praying that Mr. Nelson Madiba Mandela who gave 27years of his life to affirm our collective dignity and humanity will remain with us as we go through these trying times in our various societies.

Human Rights in the United States have undergone rapid developments this week that we have monitored through the main street media, alternative media, and social media a.k.a. NSA swimming pool. With the US Supreme Court's decision on affirmative action and abolition of section IV of the voter's right act, one wonders what Mr. Bayard Rustin one of the great leaders of the civil rights movement in the United States and a convener of the 1963 Civil Rights march on Washington would say if he were still alive. In making the decision to rescind section IV, it is as though the members of the court who voted in the confirmatory were having their own hurricane Katrina moments. They conveniently disregarded the whole of last year when governors, secretaries of state, attorney generals, and legislatures sort to rig and/or influence the elections from Pennsylvania to Ohio to Texas to Wisconsin to Florida to name a few. These shameless justices practically sanctioned longer voting lines and fewer voting days' policies. Instead of eliminating section IV, the US past and contemporary history necessitates that it should have applied to all fifty states and regions.

Ironically, the 1964 Civil Rights Act and the 1965 Voting Right Act which made the United States a great nation and a beacon of freedom around the world has been guttered on the same week that our homosexual brothers and sisters were spared the indignities of federally sanctioned discrimination. The Civil rights movement and the resultant laws were the actualization of the American ideals, ideas, and promises that are contained in the Bill of Rights. It could be said that the American bill of rights were not worth the papers they were written on until the abolition of Jim Crow segregation laws and those practices that infringed on the inalienable rights, liberty, and pursuit of happiness for a cross section of Americans. At the core of civil rights movement that was led by the likes of Rev. Martin Luther King, Mrs. Rosa Parks, Malcolm X, Mrs. Fannie Lou Hamer, and Representative John Lewis is human dignity and economic empowerment for all.

But in 2013 those so-called jurist in the supreme court  are of the opinion that close to 300years of slavery and 100years of Jim Crow racial segregation and discrimination can be whitewashed with less than 50years of civil rights, voting rights, and affirmative action. The Civil Rights act and the Voting Rights act were the affirmation of our equality, sanctity of life, and our collective human rights to survive, rather than to squalor with racial discrimination, prejudice, and insidious second class citizenship. Those rights were put in place to mitigate the carnage of lynching, apartheid, economic marginalization, and disenfranchisement in the United States.  These laws were put in place to ensure that companies like McDonalds and others do not trick us with limited black people in their advertisements whereas they use our patronage funds to sponsor organizations such as American Legislative Exchange Council ALEC.

ALEC was the same organization responsible for placing stand your ground laws to shield criminals like George Zimmerman who was enthusiastic about dehumanizing any black life under the pretense of neighborhood watch. ALEC amalgamated corporations and legislators to sponsor laws that busted unions and restricted access to voting. We also need to remember the ALEC connections to the Koch brothers who were also sponsors of the AstroTurf Tea Party groups with their manufactured mass movements.  Under their schemes, poor households and other minorities should be afforded limited affirmative action and educational financial assistance which is withdrawn for the flimsiest of reasons such as marijuana use. Conversely, it is okay to pass laws that allow African American and Latino boys and men to be subjected to systematic racial profiling. It is also dandy to promote laws that empower people to gun down young boys like Trayvon Martin with intended malice and hate void of any provocation, and wait for mass agitation before the murderer is charged and tried in court.

Other mass movements remain alive and well in places like Brazil and Turkey where the footballing industrial Complex has shown their might like they did at the South Africa 2010 world cup. When the South Africans got frustrated about the cost of the world cup and the dictates of the Federation Internationale de Football Association (FIFA) they turned inwards and massacred fellow Africans under the guise of overpopulation and economic hardship. But in Brazil and Turkey the focus remains on the culprits of economic malaise and inhumane social justice policies. In Brazil which has excelled in uplifting the poor under former President Lula da Silva and his successor President Dilma Rousseff the question remains as to why more investment on the peoples' economic development has not remained a priority, instead of state corruption and massive investment on FIFA projects like the stadiums.

In Turkey, the masses want to be able to shape policies in their country. They crave for a bottom to top approach rather than the heavy handedness of Prime Minister Tayyip Erdogan. Though, Mr. Erdogan has being instrumental in delivering foreign investment in Somali and accommodating the Syrian refugees, the Turks want to be consulted in their domestic matters. They long for a society that would be guided by the aspirations of the people rather than the dogmas of the religious right. Hence like the Brazilians who are protesting right in front of the soccer fields that are the venues of the confederate cup, the Turks are also demonstrating and boycotting the FIFA Under 20 soccer tournament. In both countries they would rather be on the streets than pay the exorbitant fees to watch the football matches.

The Occupy Movements in Brazil and Turkey are producing the next generations of Nelson Mandelas who are speaking truth to power and forcing concessions for a better world. Global citizens in Rio prefer capital expenditures in the favelas that will benefit the local inhabitants without creating artificial inflation and/or bubbles that results in homelessness in the short run and unsustainable growth in the long-term. Those in Istanbul are akin to Mr. Snowden of the United States who resents the power grabbing nature of some of the world's governments. They want their government to desist from usurping authorities and abusing public trust. These heroes yawn to be part of the progressive public discourses that have been engrained in our collective consciousness this week. Irrespective of our economic systems these protesters and billions around the world long for transparency in government, which has human rights and economic justice at the core.