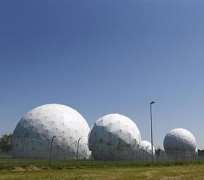 The United States bugged European Union offices and gained access to EU internal computer networks, according to secret documents cited in a German magazine on Saturday, the latest in a series of exposures of alleged U.S. spy programs.

Der Spiegel cited from a September 2010 "top secret" document of the U.S. National Security Agency (NSA) which it said fugitive former NSA contractor Edward Snowden had taken with him and which the weekly's journalists had seen in part.

The document outlines how the NSA bugged offices and spied on EU internal computer networks in Washington and at the United Nations, not only listening to conversations and phone calls but also gaining access to documents and emails.

The document explicitly called the EU a "target".
A slew of Snowden's disclosures in foreign media about U.S. surveillance programs have ignited a political furor in the United States and abroad over the balance between privacy rights and national security.

According to Der Spiegel, the NSA also targeted telecommunications at the Justus Lipsius building in Brussels, home to the European Council that groups EU national governments, by calling a remote maintenance unit.

Without citing sources, the magazine reported that more than five years ago security officers at the EU had noticed and traced several missed calls to NSA offices within the NATO compound in Brussels.

Each EU member state has rooms in Justus Lipsius with phone and Internet connections, which ministers can use.

Snowden, a U.S. citizen, fled the United States to Hong Kong in May, a few weeks before publication in the Guardian and the Washington Post of details he provided about secret U.S. government surveillance of Internet and phone traffic.

Snowden, 30, has been holed up in a Moscow airport transit area since last weekend. The leftist government of Ecuador is reviewing his request for asylum.