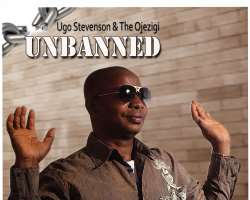 Highlife music is back on world top chart as the crown prince of Highlife music, Ugo Stevenson drops a brand new album “Unbanned.”

Interestingly, this classic assemble produced by talented Highlife/Bongo music producer, Engr. Bruno Iroanya will officially be on the market shelves on July 1, 2013. Already, it is receiving hot reviews from the print and electronic media platforms, even as music enthusiasts are downloading the tracks via online.

However, we gathered that an American based music label, DDE Sounds is handling the international distribution with the video of the single “Na Me Dey Here” that was shot in choice national and international locations, which also would be dropping soon.

The former national director, research and documentation of the National Association of Nigeria Theater Artistes and Practitioners (NANTAP), is however the head-honcho of the upcoming All Igbo Music Awards (Ekwe Awards) that would soon be holding in one of the States in the Southeast region of Nigeria.