What If Men Menstruate, Get Pregnant? A Voice For Women 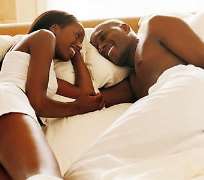 
By Wale Odunsi
Each time I decide to write on subjects that are miles away from politics, I feel this internal joy; the type I am sure my father felt the moment I emerged from my mother's womb.

The burden of regular commentary on national issues is copulated with headache - sometime acute - and my senior colleagues can attest to this. Writers on national issues always want to hit the nail on the head, so hard that the topic itself left crying out for help, while the readers armed with their personal views take on each other.

Over the years, I have seen films and read stories about how the softer sex are raped, beaten, relegated to the background and even killed for no just reason except being feminine. That apparently is their only sin, same way Amaechi's wrongdoing is his victory at the Nigeria Governors Forum. There again; politics will never leave you even if you decide to.

Womanhood can be defined as the period in a female’s life after she has passed through childhood and adolescence. However, the word has different meaning to different people. In some cultures, once a girl clocks 18, she is automatically a woman, while some regard you as a woman with the understanding that you are married. To others, the ability to make money and take care of family members qualifies that person to bear the title. Yet to another segment of the society, a girl is ranked a woman the moment she starts having sexual intercourse.

In spite of the several delineations, there is no gainsaying that this set of humans makes our world. They are readily available to share the pain of others, whether relatives/friends or not. An average woman even in here toughness is kind hearted, strong and never-relenting in her day to day activity. Here in Africa, the percentage of the Renaissance woman - the type well educated, sophisticated and knowledgeable in many fields - may fall short of other continents, however, she can do more even with the very little at her disposal.

As tender as they are, it is horrendous that there exist 'Monsters' (emphasis is mine as they are not fit to be called men) in both high and low places, who engage in routine battery of their relatives, colleagues, girlfriends, wives and even strangers! Although some later regret the act, to many others, 'It's not a big deal'. I am no preacher but I think those that unrepentantly indulge in such despicable conduct are doomed for life.

For instance, why would someone rape an underage girl, an elderly woman or any age bracket of female for that matter? Some blame it on civilization and all manner of excuses but scratch that; our ancestors' sexuality was way higher due to their healthy lifestyles, but they controlled themselves, except of course the very few bad eggs. Placing then and now in context, the spate of physical and sexual assaults stand worlds apart.

Fews days ago, precisely June 18 2013, two condemned men in Kuwait - one of them Hajjaj Saadi - were executed for crimes said to have shook the nation known for moral decency.  Authorities say the 33 year-old man abducted and raped young children (mostly girls under the age of 10). Also known as ‘Hawalli Beast’ (the name of the district where he perpetrated the crimes), Saadi would lure the kids onto rooftops in the area then forcefully rape them.

To send a warning message to those contemplating or carrying out such act, the bastard and the other guy were both hanged on a gallows set up in a car park outside the country’s main prison. Here, Governors shy away from signing the death warrants of men found guilty of committing heinous crimes against women, but rush to sign cheques for their concubines as well as rogues they use as front to siphon public funds.

To the Men folk, it is high time we desist from raising our hands on these beautiful creations. If only we reflect soberly about the pains our mothers, sisters, wives, girlfriends, neighbours et al., go through during menstruation or childbirth and how weak they become after losing pints of blood, perhaps we would appreciate them more than we do at present.

“The history of every country is carved by the hand of man, while the hope and love of humanity is born of a woman’s soul” - Joe Fazio