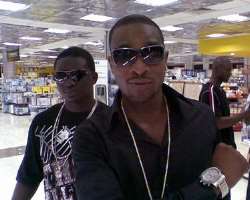 Against all odds, former Mavin Records artiste, Wande Coal will perform at the DKM Concert organised by D'Banj. The event, which will hold on June 23 in Lagos, will have the former Mo'Hits Records artiste give the audience a good feel of himself.

This was disclosed by Don Jazzy, who claimed he will miss the show for another function he would be involved in. When asked by a fan if he would be at D'Banj's concert, the Mavin Records boss said he won't be but Wande Coal would perform at the event.

Wande Coal, after the crash of Mo'Hits, went with Don Jazzy. It was even reported at a time that Wande Coal bitterly complained of being snubbed by Mo'Hits because of D'Banj.

This latest development would be a surprise to some of the fans of both artistes.