Redefining the Imo State proposed Naval Base at Oguta 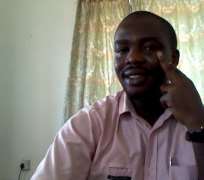 The Nigerian Navy officials are honourable men and women. It is true that Nigeria needs security across her divides and also need the presence of Federal might. A few regions in Nigeria have been enjoying this much-seeked Federal presence while many have not been enjoying it. Finally, the Federal Government has heeded to the clarion call by the Imo State government led by Mr. Ikedi Ohakim to site a naval base in Oguta. This information we learnt was disclosed by the Governor at the Sam Mbakwe Cargo Airport, Owerri, recently, on his arrival from Abuja.


Oguta, we know, is a city on the east bank of Oguta Lake in southeast Nigeria and was one of the first territories used by the British to pursue into the Igbo hinterland. Oguta is divided into two townships separated by its popular lake: Oguta 1 and Oguta 2. The town is better known for its resort hotel, challenging Scottish-designed golf course and home of commercial fishing. It has huge oil and Gas deposit known as the GOLDEN BELT. According to Wikipedia account, Fish, yam and cassava are just some of the staples in an average Oguta person's diet. Neighbouring towns include Izombe (an oil and gas settlement), Akri, Nkwesi, Nnebukwu, Orsu-Obodo, Egwe, and Egbuoma, border town with Anambara State. Several Oguta people are known internationally, including novelist Flora Nwapa, Justice Chukwudifu Oputa, musician Dr Alban Nwapa, Senator Arthur Nzeribe, Andy Oparah, Chike Mgborogwu, Abdulmalik Williams, Ethelbert Uzokwe, Rev. Nonye J. Benjamin, Professor Tony Anwuka, (Former Vice Chancellor, Imo State University), Professor Ijeoma Nwaka, and the musician and entertainer Charles "Charly Boy" Oputa. Oguta 2 is home to Donguarella, an Italian Catholic outreach project for handicapped children.


While that lasted, one wonders why a town of such reputation could be infiltrated with the presence of soldiers. The concept by Ohakim that Oguta, the proposed site of the base, is suitable for the project being a riverine area, is not in good light considering the menace the presence of the military officials might portend to the inhabitants of that part of the state.


Even that the Federal Government has approved a N25 billion road project that would traverse Owerri to Rivers State and also agreed to partner the Imo State government to build a Refinery in Ohaji Egbema Local Council of the state, we presume these promises don't tow the line of promise that River Niger would be dredged and uptill today little or nothing has been seen done. The realisation of the naval project should be re-thinking. One question is, is the present Imo State competiting with the present Abia State since the former lost the Old Imo State naval base to Owerrinta, present Abia State on its creation in 1991.


��
While some people might think that the project worth it and the news a good one owing to what development they think the institution of the base might attract – like new schools, shops and other businesses that would come to Oguta – they forgot about the damage to the psyche and morale of the indigenes of the area as soon as the naval base come to be. What about tourism it will attract from sex-workers and other heinous practices known of military officials?


This decision by the Imo State Government in partnership with the Federal Government to build a naval base at Oguta is a haste decision without the consideration of its imminent negative effects it can bring to the town. But some people could have a contrary view that the partners made a late decision to make Oguta a naval base. A naval base at Oguta isn't much important for a town like Oguta considering its tourism attraction. Any other undeveloped town in Imo State could be chosen.


Mr. Ohakim should make his vision of Imo State extended than using the Old Order. Rarely have the people seen his so called New Face of Imo. Ohakim should have known that a Naval Base in any developed town, instead of in the village, will only bring worse things than better things. The Oguta young girls are liable to be messed up and married women to the frenzy of amorous military brutes. Biafra-Nigeria war should give Ohakim an insight of what the military is capable of doing. The then soldiers raped women against nature's wish. The presence of soldiers in the Odi mayhem was a typical example. And the presence of naval officials in Oguta will never be ruled out of the dangers military men portend to “bloody civilians”.