My Husband, Please Let Go The Matter For The Sake Of Our Children”, Emeka Recounted 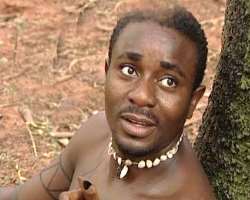 Popular Nollywood actor, Emeka Ike who happened to be at the centre of the crisis that polarised the Actors Guild of Nigeria, AGN about three years ago, has opened up on why he decided to allow peace to reign in the guild, saying that it was his wife who made it possible.

It would be recalled that Emeka dragged the Board of Trustees of AGN to court about three years ago to challenge the leadership of Segun Arinze as president of the guild. He prayed that the court should declare an election that brought him into office null and void.

While the case lingered in court, the guild did not know any peace as Emeka vowed to sanitise the actors' body at all cost.

But surprisingly, embattled Emeka Ike suddenly withdrew into his shell after the election of Ms Ibinabo Fiberesima as the first president of the guild. And many industry watchers have been wondering what might have been responsible for the actor's decision to sheathe his sword.

But Emeka has this explanation to offer to whosoever cares to listen; “My wife pleaded with me that for the sake of our children, I should forget about the AGN palaver. She said to me that those whom I'm fighting for are not even recognising what I'm doing for them. My husband, please let go the matter for the sake of our children”, Emeka recounted while in a chat with HVP, recently.