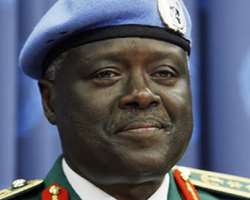 SAN FRANCISCO, June 06, (THEWILL) - Lieutenant General Martin Luther Agwai, a former Chief of Defence Staff and Chief of Army Staff, has been named as the new Deputy Chairman of the Subsidy Reinvestment and Empowerment Programme (SURE-P), a committee charged with the responsibility of managing and reinvesting the Federal Government share of the savings from the partial removal of the subsidy on fuel in programmes and initiatives that will improve the living conditions of ordinary Nigerians.


His appointment was announced today in a statement by the Special Adviser to the President on Media and Publicity, Reuben Abati.