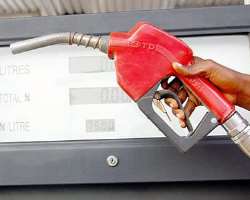 ABUJA, June 05, (THEWILL) – The Federal Government has stopped the payment of petroleum subsidy claims for the 2013 fiscal year to oil marketers .

He said there was a delay in the payment due to the inability to sort out foreign exchange claims by the marketers at the Federal Ministry of Finance.

The fuel subsidy allocation, as captured on page xvii of the Approved 2013 Budget signed by President Goodlcuk Jonathan on February 26 indicates that the N971.133 billion is for "domestic fuel subsidy (marketers) (carry-over from 2011& 2012 provision for partial subsidy).

According to PPPRA, "There has been no payment for any marketer importing petroleum products in 2013. This is caused by delays in the payment of subsidy clams by the Federal Ministry of Finance resulting in interest as foreign exchange differential claims request by marketers, etc."

Stanley also noted that although the Federal Government has spent a total of N3.7 trillion in five years, the PPPRA has succeeded in cutting the number of oil marketers from 142 to 38 as at December 2012.

"Between 2006 and August 2011, total government expenditure on petroleum subsidy amounted to N3.7 trillion. Expenditure on subsidies increased from N261 billion in 2006 to N673 billion in 2010, which represents an increase of about 160 per cent.

"Additionally, there have been unprecedented payments in 2011 that so far amounted to N1.4 trillion due, in part, to two key factors: increase in subsidy per litre as a result of rising global oil price, and large arrears due NNPC for household kerosene imports.

"When we started, the chairman was very hard on us but he's objective. I asked for time that we will live up to the Senate's expectation and I'm happy we did with this visit.

"Most of the international traders who did business with their Nigerian counterparts were also briefcase traders. They would sell and run away. That practice, I can tell you, has since been cancelled.

"One of the biggest fraud in 2011 was "Bills for Collection" which is used to trade for petroleum products. There's been a very dramatic transition from what obtained in 2011 and what we have today," the PPPRA chief explained.

Speaking on some key challenges facing the PPPRA, Stanley reiterated that the agency is yet to clarify the status of kerosene; whether it has been deregulated or not.

"All over the country, between January 1-December 30, we go round to determine the stock...that was how we first got the figure of 40 million litres per day as our local consumption,” he said.

In his remarks, the Committee Chairman, Magnus Abe, warned that refineries should be allowed to function optimally which would, in the long run, reduce importation of petroleum products.

"We are happy that you have put in measures to control the cost of subsidy payment. We have looked at the figures and we are impressed with the progress you are making and we believe you can do more.

"At this juncture, all I want to say is that all Nigerians should be vigilant. The reason we are celebrating now is because of the attention which made some people run away. The moment we relax, they may come back. Those who ran away with their briefcases are also looking for how to come back.

"If the figures rise, we will like to know why the rise because there's still that danger as they are still lurking around," Abe stated.