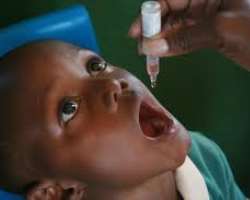 "Depopulation should be the highest priority of (America's) foreign policy towards the third world, because the US economy will require large and increasing amounts of minerals from abroad, especially from the less developed countries."

Africa Is Vulnerable
Africans are in trouble. But the sad part is that the very people tasked with the responsibility to ensure the security of our food are not bothered about what is happening. Whether the food we eat is safe or not; whether the nature of chemicals our farmers have been spraying on crops are safe or not; nobody cares. From our leaders' point of view, as long as there will be a bumper harvest and enough food for the people to eat, the health implications doesn't really count. Therefore anytime other countries produce new medicines, they choose Africa as their testing ground.

What is even worrying is the fact that Africans, especially the leaders very are gullible. Any agreement which comes with 'aid', they will sign it. Therefore the entire African populace is the most vulnerable people in the world! They are vulnerable because they lack leaders who believe in the capabilities of their own people to solve Africa's problems. Leaders have ridiculed their own experts. Indigenous technology and Africa's potential that can solve the continent's problems have been swept under the carpet. Africa therefore always depends on other countries for their survival. Our healthcare needs 'aid'. Our educational system depends on aid. We need aid to build our presidential palaces. Sometimes even our leaders have to rely on aid to seek their own medical treatments abroad. Africa is indeed very vulnerable! It is however sad that leaders rather glorify themselves with these aid packages.

Anybody in doubt why Africa is vulnerable only has to package something little, call it 'aid' and bingo, leaders will embrace it without any hesitation. But remember; don't forget to add a few dollar bills to the 'aid' package.

Recently, upon realizing the rate at which diseases are spreading everywhere in Africa and the rate at which our people are dying younger, I have been wondering exactly what went wrong. Could there be some enemies of Africa out there who have manage to hijack our health system and the quality of our food, thereby holding our delicate lives to ransom? Definitely yes.

Do some foreign organizations really have any bad intentions for the “helpless” African people? Are some of them on rampage in Africa to destroy our society? Who is checking the actions of such people in Africa? Obviously there is none. After all, our media is only interested in democracy.

We are obsessed with elections and “democracy” to the extent that the health of the future generation is of less important. No wonder our leaders are always quick to jump on the next available flight for their medical check-ups abroad.

Here in Ghana, whenever you turn on your radio or TV sets, the only 'useful' discussions you can hear are about elections, politics and democracy while our healthcare system collapse.

Wiping Out a Gullible Generation: One 'Aid' At a Time

Anytime other countries produce new medicines, they choose Africa as their testing ground. They do so to find out if their medicines are effective or whether such medicines have some health implications. However, they often need to find a way to manipulate our leaders to embrace these produces. Therefore they term it “aid”. All sorts of dangerous medicines are being shipped to Africa on a monthly basis as and when medical research continues elsewhere. What is even worrying is the fact than a lot of such medicines are usually offered as 'donations' to poor Africans who cannot afford quality.

Various unscrupulous elements are having a field day everywhere in Africa. They have been distributing all sorts of medicinesin the name of fighting malaria, tuberculosis, and cervical cancer among others. Some even call it anti-retro viral drugs, yet there are enough evidence which suggest that many of such drugs are actually causing more health implications to the recipients. Across many towns and villages in Africa, poor children are being 'immunized' against all sorts of diseases. Yet, nobody has taken the pain to examine the efficacy and the side effects of these so-called medicines. Our children are just dying as a results of these.

What is more worrying is the fact that even when an epidemic finally breaks out as a result of this 'immunization' exercise, it doesn't end there. These organizations will then come again with other 'efficient' drugs/medicines which they claim can help fight the very epidemic they have created.

Poor African children are therefore suffering from all forms of 'strange disease' (having received such medicines) whiles African leaders remain unperturbed. When will these immunization exercises stop? When will Africa's medical experts be able to develop effective medicines for our own consumption? Why does Africa always have to rely on donations as the solution to our health pandemic? It is a pity that our leaders have no sense of worry about the rate at which others are spreading disease through this medium.

For those criminals who are parading themselves as NGOs and corporate entities, well, it doesn't matter what their real intentions for the African people might be. Many of them have already succeeded in their determination to spread untold amount of diseases across the African continent.

To many of us, the idea of using food (and now medicine) as a weapon is not new. In fact, history suggests that …

This is the major reason why Africa for instance still remains a colony for as long as the continent is not economically independent.

“True individual freedom cannot exist without economic security and independence. People who are hungry and out of a job are the stuff of which dictatorships are made.” — Franklin Roosevelt

In current times, food is used as a weapon by those in power through the use of government regulations and chemical additives that destroy both people's health and their bank account.

Hungry people will do anything for food, which means those who have control over food can use it as leverage. This is the major reason why foreign lobbyists who seeks a monopoly over so-called “improved seeds” are pressing hard to introduce genetically modified seeds (GMOs) across the African continent. They are sponsoring our politicians into office. They fund their campaigns and in return they demand our leaders to support their cause in the various countries.

GMOs In Africa: How Safe Are They?
Chemical additives, from pesticides to preservatives, can only be viewed as a weapon in the depopulation agenda. Clearly, laboratory-concocted chemicals were never meant for human consumption. Therefore, they can only be attributed to an effort to deliberately and slowly poison the population”, writes RadyAnanda. Therefore why have such chemicals dominated the production of crops here in Africa? When will we begin to pay attention the health implications of these chemical that are absorbed into the food we eat?

It must be noted that Mercury, fluoride, etc are toxic in all its forms. Yet many canned foods, bottled water and others, which are shipped to Africa on a large scale contain such elements. In my next article, I will throw more light on some of these products and how such products are reducing the life span of the current African generation. Stay tuned on this platform for more updates later.

Honourable Saka
The writer is a Pan-African analyst and the founder of the Project Pan-Africa (PPA), an organization that was established to unlock the minds of the African people to take Africa's destiny into their own hands. E-mail him on [email protected]

Disclaimer: "The views/contents expressed in this article are the sole responsibility of the author(s) and do not necessarily reflect those of The Nigerian Voice. The Nigerian Voice will not be responsible or liable for any inaccurate or incorrect statements contained in this article."
Articles by Honourable Saka
5-7-2013  Ghana: A Shining Democracy Without Accountability14-6-2013  How Could Japan Offer $32billion In Aid To Africa?5-6-2013  Why Are African Professors Becoming Politicians?25-5-2013  Special Message To The African Youth On Au Day14-5-2013  Can The Youth Save Africa From Neo-colonialism?More...