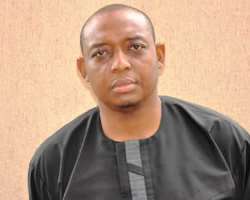 SAN FRANCISCO, May 30, (THEWILL) – A lecturer at the Ambrose Ali University, Ekpoma, Edo State, Dr. Stephen Obekpa Abah was on Tuesday May 28, 2013 docked before Justice Olasumbo Olarenwaju Goodluck of a Federal Capital Territory High Court by the Economic and Financial Crimes Commission on a two count charge bordering on criminal breach of trust, conspiracy and obtaining money by false pretence.


The accused is alleged to have between August 2008 and March 2009 obtained $48,500 from one Udeh Orokpo Godwin under the guise of setting up a joint company but diverted the funds to personal use. The offence is contrary to section 311 of the Penal Code and punishable under section 312 of the same Code”


The accused pleaded not guilty to the charge when it was read to him.


The defence counsel, Abel C Ozioko told the court that he had filed an application for bail and that the accused has been on administrative bail based on self recognition and that he presented himself in court.


The prosecution counsel Sukuji Bandawa on the other hand opposed the bail application on the grounds that he had just been served.


Justice Goodluck adjourned ruling on bail application to June 4, 2013, while fixing July 11 and 16, 2013 for commencement of trial.