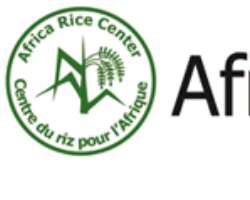 COTONOU, Benin, May 30, 2013/African Press Organization (APO)/ -- A new generation of high-performing rice varieties has been launched by the Africa Rice Breeding Task Force under a new brand called “ARICA” – which stands for “Advanced Rice Varieties for Africa.”

The Breeding Task Force comprises international and national rice breeders from 30 African countries and operates as part of the Japan-funded project “Developing the Next Generation of New Rice Varieties for Sub-Saharan Africa and Southeast Asia.”

“We are excited to announce the selection of the first five ARICA varieties,” said Dr Papa Seck, Director General of the Africa Rice Center (AfricaRice), which coordinates the Breeding Task Force.

“The ARICA varieties offer promising opportunities to Africa's rice sector and can make a difference to the lives of Africa's rice farmers, who do not have access to new varieties that are better adapted to their growing environment and likely to sell well,” Dr Seck added.

The five ARICA varieties were selected based on a rigorous evaluation of elite rice lines across the African continent. All these ARICAs outyielded the most popular check varieties in the trials.

• ARICA 1: About 30% higher yield compared to NERICA-L19. ARICA 1 is in the variety release process in Mali.

• ARICA 2: More than 50% higher yield compared to NERICA-L19. ARICA 2 is in the variety release process in Mali and Nigeria.

• ARICA 4: About 15% higher yield compared to NERICA 4. ARICA 4 has just been released in Uganda.

• ARICA 5: About 15% higher yield compared to NERICA 4. ARICA 5 has just been released in Uganda.

“The ARICA varieties can be considered as the next generation of rice varieties for Africa, after the success of many improved rice varieties – notably the NERICAs, the Sahels, the WABs and the WITAs – developed by AfricaRice and its partners over the last 25 years,” stated AfricaRice Deputy Director General Dr Marco Wopereis.

Describing the ARICA varieties in his blog “Welcoming the 'ARICAs': the next generation of rice varieties for Africa,” Dr Wopereis said that unlike the NERICA varieties, the ARICAs are not restricted to interspecific crosses. Any line that shows promise, regardless of its origin can become an ARICA variety as long as the data that are collected are convincing.

Confirming this, Dr Takashi Kumashiro, Leader of the AfricaRice Genetic Diversity and Improvement Program, said, “The ARICA brand stands for quality, because the ARICA varieties are evaluated through rigorous procedures and backed by solid data.”

In order to be nominated as ARICA, a breeding line must prove to have a significant advantage over the best check varieties in a region for 3 seasons. “The trial results must emphasize at least one particular strong trait that makes this line perform better than existing varieties,” remarked Dr Kumashiro.

Since the process of selection of promising breeding lines is time- consuming, the Africa Rice Breeding Task Force, which was set up in 2010, has adopted a systematic and multi-environment testing approach to increase its efficiency and efficacy. In addition to rice breeders, farmers, members of national variety release committees and other stakeholders participate in the evaluation.

The breeding lines that enter the Task Force are provided by many institutes – including AfricaRice, the national agricultural research systems in Africa, the International Rice Research Institute (IRRI), the Centre de Coopération Internationale en Recherche Agronomique pour le Développement (CIRAD) and the International Center for Tropical Agriculture (CIAT) – who are all partners in the CGIAR Research Program on Rice, known as the Global Rice Science Partnership (GRiSP).

He added that the Task Force helps strengthen breeding capacity and ensures that national breeders can use the materials from the Task Force not just to evaluate, but also to develop or improve their own varieties to get a better fit with their consumers' preferences and ecologies.

Strong Support from Partners and Donors

Dr Seck gratefully acknowledged the strong support of the national agricultural research systems of AfricaRice member countries and the solid backing of visionary donors, notably the Government and people of Japan, for the achievements of the Task Force.

“The NERICA varieties are a huge success. But, it is also good to know that we have new products, such as the ARICAs for Africa's rice producers and consumers, who continue to face an enormous challenge,” he said.

AfricaRice is one of the 15 international agricultural research Centers that are members of the CGIAR Consortium. It is also an intergovernmental association of African member countries.