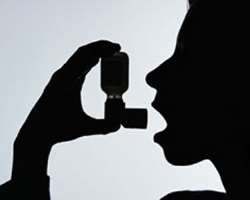 Mwololo is a ten year old girl from a Semitic community in Kenya. The little manyatta that serves as her home is inhabited by seven other children; her siblings and cousins. Temporary shelters, communal sharing of resources and caring for their herds is the way of life for this small nomadic group. With such fragile societal structures, the uniting factors remain to be their livestock and the healer. The healer is believed to be a person chosen by the gods and he could cure all diseases and more importantly he was able to read the skies and lead the community to greener pastures (literally) that could sustain their livestock.

The morning after her birthday, Mwololo woke up in a coughing fit and naturally the healer was called upon to recommend a concoction that would ‘heal’ the little girl. His methods seemed to work until a few days later when Mwololo woke up wheezing and could not complete a single sentence. The attack was short lived but when it became a regular pattern every morning, the healer was convinced that she was possessed and as such every morning when she had an attack, Mwololo was carried to the healer’s manyatta where he performed a ritual that seemed to relieve her symptoms.

It was during such a ritual that some doctors who were carrying out studies on Trachoma in nomadic communities found ‘the spirit of breathlessness’ being exorcised from Mwololo. They were able to recognize that she was having an asthmatic attack and were able to administer a bronchodilator. Mwololo was allergic to animal fur, a gift she had received for her tenth birthday to shelter her from the cold nights. Consequently, she would have an attack after spending a night under the fur and only got relief after spending time away from her manyatta, the same amount of time the healer perfomed his ritual in a different, fur-free shelter.

The community members had never heard of asthma, a chronic respiratory disease that affects 235 million people worldwide and as such had no way of knowing that she was not possessed. Dr CJ Mureithi, chairman of Kenya Association for the prevention of Tuberculosis and Lung Diseases had this to say to Citizen News Service – CNS: “It is sad that the herbalists and unconventional therapists have captured this idea to propagate often misleading information to the public. But it is our role together with the Ministry of Health to set the standards and keep the public perception scientifically oriented.”

Mwololo is just an example of the many cases of asthma that go undiagnosed, especially in rural settings. However, not many children are fortunate as she was because they end up needing hospitalization, with disabilities or worse die before treatment. The greatest tragedy is that asthma is easily manageable with the right medication. But it all starts with raising awareness not of the fact that it is manageable or the risk factors and causes or quoting statistics. It starts by saying that asthma IS a respiratory disease NOT a passing phase or a mere reaction to cold and most definitely not a sign of possession.