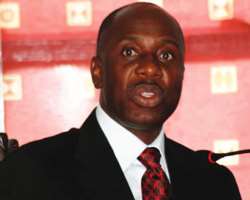 
The PDP Governors maintain the majority in the NGF.


As at the time of filing this report, the NGF meeting to elect a Chairman and Deputy was in progress at the Rivers State Governors Lodge.


PDP sources told THEWILL that Amaechi did not attend the PDP Governors meeting as he was also holding last minute discussions with Governors of the opposition parties on his reelection.


THEWILL can also report that several influential members of the PDP including the Chairman of the party’s Board of Trustees, Chief Tony Anenih and Deputy Senate President Ike Ekweremadu had at different meetings with Amaechi last night prevailed on him to drop his reelection bid as the party had agreed to let one of the governors from the north chair the forum.