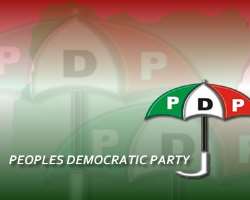 SAN FRANCISCO, May 23, (THEWILL) - Apparently feeling betrayed and short-changed in the distribution of political appointments by the national leadership of the Peoples Democratic Party (PDP) and the Presidency, the South West chapter of the ruling party has declared that only a better deal from the national leadership of the party will enable PDP regain control of power in the forthcoming 2014 and 2015 polls in the South West.


He maintained that only the support of the Presidency and the PDP national leadership could restore the glory of the party in the zone.


Filani, who is also the National Vice Chairman of the party, said more empowerment and political patronage for politicians from the zone would enable them retain their political structures and supporters.

The Caretaker Committee chairman of the party in the zone therefore called on ministers from the zone, who now consider themselves as technocrats and not career politicians, to move closer to the party as he reminded them they wouldn’t have been appointed if not for the party’s victory at the federal level.


Filani, nonetheless commended the Minister of State for the Federal Capital Territory (FCT), Oloye Jumoke Akinjide and her counterpart at the Defence Ministry, Erelu Olusola Obada, over what he described as their active support for the party, imploring other ministers from the zone to emulate the duo.

While expressing the determination of the party to regain the control of the region by winning the Ekiti and Osun State polls next year, Filani advised aggrieved members of the party currently planning to defect to think twice, saying "never again shall the South west region fall into the wrong political camp."