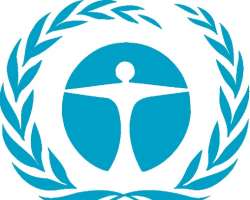 NAIROBI, Kenya, May 10, 2013/African Press Organization (APO)/ -- The annual migration of an estimated 50 billion birds— around 19 per cent of the world's 10,000 bird species—is one of the world's great natural wonders, yet the critical staging areas migratory birds need to complete these journeys are being degraded or are disappearing completely.

These increasingly vulnerable sites, which act as stepping stones on migration routes, serve as a place for the birds to rest, feed and breed during their annual migration cycles. As a result of the degradation, some species may be extinct within a decade, while others are facing population losses of up to nine per cent each year.

Celebrated in over 65 countries on 11-12 May, World Migratory Bird Day 2013 will highlight the importance of ecological networks for the survival of migratory birds, the important human networks dedicated to their conservation, the threats migratory birds face, and the need for more international cooperation to conserve them.

“I fully support the global campaign to raise awareness about the threats to migratory birds from habitat destruction, overexploitation, pollution and climate change,” said United Nations Secretary-General Ban Ki-moon. “I call for greater international efforts to restore and preserve migratory birds and the network of sites they need to survive as an important part of the environment on which we all depend.”

Many migrating birds—such as Cranes, Storks, Shorebirds and Eagles—travel thousands of kilometers across flyways that span countries, continents and even the entire globe. Yet pressures resulting from a growing human population, rapid urbanization, pollution, climate change and unsustainable use of natural areas are causing the loss, fragmentation and degradation of natural habitats along the birds' migration routes and threatening their survival.

Similar to a human transport system of harbors, airports and roads, migratory birds depend on these international networks of natural sites for food, safety, breeding and moulting—as well as for stopover areas which act as refueling stations between breeding and non-breeding areas.

Stopover sites of international importance for migratory waterbirds include the Wadden Sea, shared by Germany, the Netherlands and Denmark; Banc d'Arguin on the west coast of Mauritania; Bahia de Santa Maria in Mexico and the Saemangeum tidal flat in the Yellow Sea in South Korea.

Migratory waterbird species that depend on a network of intertidal habitats along the East Asian-Australasian Flyway (EAAF) are showing rapid decline and are amongst the world's most-threatened migratory birds. The decline is mainly caused by the fast pace of coastal land reclamation occurring in this densely populated region, particularly around key coastal staging areas in the Yellow Sea.

According to a 2011 report commissioned by the International Union for the Conservation of Nature (IUCN), the rates of decline in the region are among the highest of any ecological system in the world. At least 24 waterbird species using the flyway are heading towards extinction and many others are facing losses of five to nine per cent per year. According to the IUCN report, species such as the Spoon-billed Sandpiper could become extinct within a decade.

“Migratory birds and the challenges they face in many ways underline the ambition of multilateralism in a globalized world—it is only when countries work together in common cause that the survival and conservation of these species be ensured,” said UN Under-Secretary General and UNEP Executive Director Achim Steiner.

“There are many reasons why migratory birds should be conserved—their beauty and behavior are a source of joy and inspiration for millions upon millions of people,” he added. “But they also are part of the web of life that underpins nature's multi-trillion-dollar ecosystem services, while being in some countries, including Kenya, part of the nature-based tourism that generates 10 per cent of the nation's GDP.”

This year, World Migratory Bird Day events will be celebrated in countries which share the African-Eurasian Flyways. In Kenya, for instance, a regional event will take place on the shores of Lake Elementaita—part of the Kenya Lakes Systems, a network of sites that supports 11 globally threatened bird species.

The area also sustains 75 per cent of the near-threatened Lesser Flamingo, and Lake Elementaita is known to be one of the world's major breeding colonies of the Great White Pelican. The event is being hosted by the Kenyan Wildlife Service (KWS) in cooperation with the UNEP/CMS and UNEP/AEWA Secretariats.

“The key message behind World Migratory Bird Day is that countries, dedicated organizations and people around the world need to work together to ensure that migratory birds can continue to travel, refuel and reach their destinations,” said Bradnee Chambers, Executive Secretary of the CMS.

The global World Migratory Bird Day campaign is backed by a growing number of international partners, including: BirdLife International, Wetlands International, the Secretariat of the East Asian-Australasian Flyway Partnership (EAAFP), the International Council for Game and Wildlife Conservation (CIC) and UNEP.

In order to protect crucial staging grounds and thus conserve bird species, sophisticated systems such as the AEWA Critical Site Network (CSN) Tool are helping to summarize current knowledge about the network of sites used by migratory waterbirds in the African-Eurasian region.

The Report on the Site Network for Waterbirds in the AEWA Agreement Area, prepared by Wetlands International and BirdLife International using the CSN Tool information as a basis, revealed that less than half of the critical sites of AEWA waterbird populations had adequate protection.

“If maintained and continuously improved, this information can significantly help conservation efforts, but it is also revealing some disturbing gaps as the recent site network report has shown,” said Marco Barbieri, Acting Executive Secretary of AEWA. “The bigger challenge, which has become obvious from the AEWA report, is that countries need to increase their efforts to fill the gaps in terms of adequate legal protection status and management of these sites.”

“Very often migrant birds are under huge pressure at the exact points where they are most vulnerable. Birds battling to reach the sea-shore descend into a limitless line of nets. Tiny falcons funnel through forests to be trapped in their thousands. Exhausted shorebirds find that the mudflats where they once refueled are now a sea of concrete, or circle wearily because their roosting sites have vanished” - Dr. Marco Lambertini, Chief Executive, BirdLife International.

“What does concern them (the waterbirds of the East Asian - Australasian Flyway) is that the network of sites they have traditionally depended on for safety, food, breeding and moulting is changing rapidly and usually for the worse. Areas of inter-tidal coastal flats of East Asia have undergone a steep and continuing decline in recent decades, threatening the migration routes of migratory shorebirds” - Spike Millington, Chief Executive of East Asian – Australasian Flyway Partnership (EAAFP) Secretariat.

“Migratory waterbirds are spectacular and engaging ambassadors of wetlands. They connect people across the globe and the concerns about their conservation have played an important role in the creation of our organization” - Ms Jane Madgwick, Chief Executive Officer, Wetlands International.

“One of the truths about climate change is that no one species or habitat is immune from its effects. Therefore, the effort to meet the climate challenge and the effort to protect bird migration are deeply intertwined. Altered timeframes for migration (as temperatures rise), changed flight patterns (due to changing ecosystems) and reduced bird populations (due to extreme weather and drought) all provide ample evidence that the changing climate is already affecting migratory birds” - Ms. Christiana Figueres, Executive Secretary of the United Nations Framework Convention on Climate Change (UNFCCC).

“Migratory species are interesting because they highlight some of our own contradictions. We constantly aspire to move more freely around the world, yet we do exactly the opposite for migratory birds. We put hurdles on their journeys all the time. We make their travels more and more complicated. Nature actually dictates these movements of these species and we tend to forget that we are part of nature and should listen a little bit more to its rules” - Jean-Christophe Vié, Deputy Director, IUCN Global Species Programme and Director, SOS – Save Our Species.