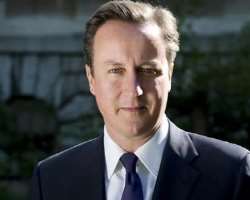 British Prime Minister David Cameron took on critics in his own Conservative party on Thursday, saying it would be wrong for Britain to leave the European Union.

Some pessimists "say there is no prospect of reforming the European Union, you simply have to leave. I think they are wrong.. I think it is possible to change and reform this organization," Cameron said at an investment conference organized by the UK government.

"It is in Britain's interest to remain a country that is uniquely well connected around the world."