THE IMPERATIVE OF PASSING THE NEW PIB 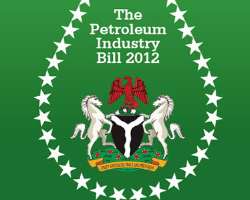 As the sector operators, stakeholders and industry watchers patiently await the passage of the Petroleum Industry Bill (PIB), presently before the National Assembly for constitutional legislative considerations.

It is auspicious to reflect on the issues that generated the hunger, appetite and eventual feeding of Nigerian hydrocarbon industry with new operational guidelines christened PIB to garner momentum to drive the needed impetus. It becomes more compelling when we realize that the bill was conceptualised and packaged about five years ago and has suffered prolonged political and institutional setbacks.

Introduced with the best intentions to redefine the framework of the industry in line with global best practices as to withstand perceived and emerging challenges, the PIB is to replace the Petroleum Act known to be obsolete in view of today’s industry outlook.

The commercial hydrocarbon industry in Nigeria is almost as old as the nation’s independence – oil being first discovered in Oloibiri, Bayelsa state in 1956 and its extraction starting two years later. But in spite of many decades of operation and extent of development, indigenous participation is still at a low ebb. No thanks to lack of enabling laws.

As an answer to the lingering inadequacies among other essential considerations in the context of President Jonathan’s transformation agenda, the cerebral minister of petroleum, Mrs Dieziani Madueke, in collaboration with the articulate Group Managing Director of the Nigeria National Petroleum Corporation, NNPC, Engr Andrew Yakubu and the resilient General Manager, National Assembly liaison of the NNPC, Alhaji Mohammed B. Bamanga, among other principal officers of the NNPC, have left no stone unturned in the pursuit and adoption of this 21st century compliant petroleum industry laws now facing scrutiny.

For one, Nigeria’s economy is peculiar in the sense that since the advent of oil and gas exploration and production in the country, other sectors like agriculture, manufacturing, trade and services have suffered neglect, leading to a mono-cultural situation where petroleum became the mainstay of the economy.

Nigerian government hence mainly depends on oil and gas proceeds for finance and trade balances. The country therefore, more than anything else, requires a regulatory framework that will guarantee the fortunes of this lifeline, a home-grown approach encompassing the interest of Nigerians, as the PIB is the key. More so, knowing that the hydrocarbon industry is a global market, there was a priority to take meaningful steps to protect Nigeria from perceived vagaries of market dynamics.

Available records of economic indicators highlights that petroleum contribution to the nation’s GDP has been falling since 2009, a year after the first PIB was presented to the National Assembly from the initial 18.89% in the first quarter of 2009 to about 13.42% for the third quarter of 2012. This is essentially as a result of decline in investment in the sector, especially the onshore front as investors are said to be afraid and uncertain of the PIB outcome coupled with sustained losses to theft and vandalism. There is therefore, need to avoid further delay to transform the Bill into an Act.

Nigeria also needs to be mindful of losing its investors to other parts of the world in delaying the industry bill. Petroleum as an underground mineral resource, flows from areas of low pressure to areas of low pressure in response to continuous movement of the earth crust and has no restriction in national boundaries nor does it recognise monopoly interest. As we speak, the increasing exploration activities worldwide have led to the discovery of oil in many countries. Ghana, Liberia, Sierra Leone, Kenya, Uganda, Tanzania are among emerging oil producing nations. Consequently, investors especially the foreigners are increasingly getting alternative fields to do business. Keeping the Bill perpetually in limbo without completion could, as discouraging as it appears, push existing and potential investors to eventually abandon Nigeria’s oil fields to other new fields.

Economic diversification effort of government planned to utilize capital from the more viable sector, which in this case is petroleum, for divestment, is a lofty idea that has been going on. This needs to be vigorously pursued by clearing all obstacles to the PIB so that the industry can stabilize once more to provide the needed funds, before the energy independence policies of petroleum importing nations begin to have impact.

The global economic melt down having dealt a heavy blow on the economy of many developed nations, has prompted high energy consuming nations like the U.S to begin to look into policies of energy independence as well as painstakingly engage in exploring new ways of cutting down oil imports. This therefore, extremely necessitates putting all machineries in place to open up the industry through the quick passage of the Bill so that Nigeria can start the robust phase of oil industry that the new Bill holds in promise.

Above all it is no more news that the petroleum industry in Nigeria is riddled with the crisis of crude oil theft, pipeline vandalism, militancy and even hostage taking, all emanating from a stagnant socio-cultural operational environment. There is therefore, compelling need to change the laws and guidelines prevalent in the industry in line with emerging realities. History has shown that the most effective way to tackle an ideology is by developing a superior one to coexist and subsequently engulf it.

The PIB is a new ideology and the entire interest and agitation in the oil producing areas on the other hand, is a new ideology. What the situation vehemently demands is the swift passage of this revised PIB that meticulously took into account, all perceived stakes of the governments (federal and states), the investor and the host communities. When this happens, the once peaceful and prosperous oil and gas industry environment can return to the country for the benefit of all. A stitch in time they say ‘saves nine.’