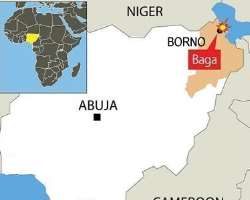 SAN FRANCISCO, April 30, (THEWILL) – As the controversy over the carnage in Baga, Borno State, continues to rage, the House of Representatives, Tuesday, in Abuja, called for a thorough investigation into the incident with a view to arresting and prosecuting security agents responsible for the killings.

The House of Representatives Committee on Human Rights also condemned the continued loss of the lives of innocent Nigerians due to the activities of terrorists in the country.

Speaking at the Committee's National Human Rights Stakeholders Retreat and Program of Inspection and Consultation Visits in Abuja, Chairman of the Committee, Beni Lar, in her opening remarks, stated that over 4,000 people had been killed by terrorist activities in the past few years.

"We violate a fundamental principle, respect for the integrity of the person, which include freedom from arbitrary or unlawful deprivation of life. Chapter 4 guarantees the right to life and stipulates that this life can only be taken away from you upon conviction by a court of law.

"It is sad to note that in an attempt to contain the insurgency the security forces have become violators of this right to the life of citizens.Therefore the custodians of the law have become some of its biggest violators. Our greatest challenge towards a human rights reversal here in Nigeria starts with the application of justice to the perpetrators of unlawful killings.

"We call for a reform of the security and justice sectors in this regard," she said.

Lar maintained that her committee condemns the most recent incident in Baga which led to the loss of 185 precious lives and properties as she insisted that the security agencies must be held accountable for the loss of innocent lives.

"We can begin changing this trend by providing better training for the security forces so that they improve their collaboration with communities to pursue the targeted criminals," she added.

She said the House of Representatives in its intervention resolved that the Federal Government establish a commission of inquiry to investigate and prosecute those responsible for the killings.

"The lack of respect for human life is the most critical and pervasive human rights abuse in Nigeria," she affirmed.

Lamenting the multi-faceted human rights abuses in the country, the Executive Director of the Policy and Advocacy Centre, co- sponsors of the retreat, Clement Nwankwo, noted that "the killings in Baga remain the highest number of killings in the country next to the killings in Odi in Bayelsa State and the floating corpses in Ezu River in Anambra State.”

According to Nwankwo, "We hear of unrestrained police killings every day in Nigeria, the United Nations Country Report is awash with massive human rights abuses in the country.

"We had thought that the human rights situation would be better with the democratic settings.

"We hear daily of police harassment of Nigerians over tinted glass with Nigerians struggling to prove that the level of tint is lawful."

He however said Nigerians are looking up to the National Assembly to correct all these rights abuses.