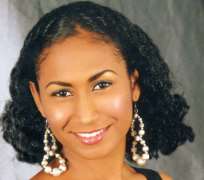 Actress of Superstory fame, Yinka Olukunga, popularly known as Nnenna and the cast of the wave making drama series, Papa Ajasco & Company, with notable musicians and comedians, will be giving the children and their parents a treat on Sunday, 6 December, 2009.

The event, which the producer, Mr. Wale Adenuga, called his Yuletide treat to the numerous fans of his drama productions, is slated for the ultramodern, air-conditioned Exhibition Hall of the National Theatre, Iganmu, Lagos and parades galaxy of stars in music, comedy and dance, a complete entertainment mix.

Soulful divas, Kefee and Essence are billed to unleash their musical arsenal for the enjoyment of the children and their parents, including other fun lovers, who want to feel the excitement of the Yuletide which is around the corner.

“We are creating a forum for fans of Nnenna and those who enjoy our drama productions to unwind in an atmosphere of good music, drama and dance. It is a complete entertainment mix,” he said. He added that the cast of Papa Ajasco & Company with Binta will treat the audience to an unending fare of hilarious drama, while Nnenna will be there to share love and excitement of the season with children.

The comedy train has highly talented stars such as Seyi Law and Pricness. Again, children will go home with exciting gifts as there will be Father Christmas in-house to receive the children in his grotto.

Other side attractions at the end of the year show include dancing competition, talent hunt, games and lucky dip.