ANY RASCAL IN POWER HAS HIS FINE WOMEN 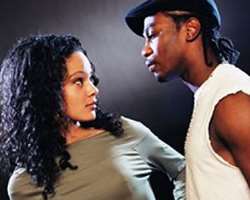 It is difficult to separate savior complex, fantasy, greed and loneliness as reasons certain ladies fall for Any Rascal In Power. Those lucky enough to be with our best friends as partners need to appreciate them more. We do not have to wait until inadequacies she perfected in our life are exposed. Most have had that rock but our choices may have frustrated a loyal partner out. Learn by others regrets, more men than ladies love losers.

Some elegant ladies just want dominant men too. Scientists have found that part inside our brain called amygdala that makes a few responsible ladies drool over Any Rascal In Power. As far as these better halves are concern, power is power. He can be a militia, embezzler of children funds, broker, bank manager that steals other people’s money (OPM), drug peddler or an armed serial killer in control inside or outside prison cells.

Those who know about the reign of Oyenusi, Anini, Obidiozor Otokoto or Shina Rambo knew the women around these criminals. Some were religious Christians, Muslims or pastor with home church, mosque or shrine; blessed before operation. Apart from those women they command, what were even more amazing were the politicians, police and soldiers that encouraged or shared the loot with them and bailed them out of troubles.

In Nigeria, just as men, lady’s money also invigorates. So many may fall for “fine boys no pimples” even if destitute, but fear criminal dispositions. Most of the criminals that take advantage of classy women in Nigeria lured them in under duress or blackmail. Money is extorted from sugar mummies that want service for less than demanding or going price.

Not to be outdone were the stories of American counterpart men that were so powerful they controlled prisons. From the prison, they control the gangs and drug on the streets. They also make good money from the prisons’ walls ordering hit men to kill and maim. Sometimes the prison authorities gave immunity for other crimes as long as they keep peace in and out of the prisons. Whitey Bulger and Tavon White are cases in point.

Hey, vouch for Ngozi Braide, the pretty Police Public Relations Officer of Lagos. Criminals pay warders for hotel privileges in detention and prison, not for sex. But in USA, Bulger had the most beautiful lady while on the run. Four correctional officers had five children for Tavon in prison. Women were so in love with the rascals and the power they wielded in and outside of prison with names and pictures on tattoo and mobile phones. Jealous!

Nigerian criminals are bad but please give African women some credit, if a criminal is locked up, they would only sleep with their jailers out of desperation. It’s male police or warders in prisons that force inmates with no choice but to submit to their sexual urges. Whenever abuses of female inmates came out, we were ready to protest the injustice helpless women were subjected to. Ever heard of Nigerian female warders with inmate?

These are not reason to blame certain women but it shows how the world has fallen into the hands of those that accomplished to be billionaires without hard work. Some of the ladies never realized their men were serial killers. Right from the early days, men have kept women by all types of incentives including slavery and war by force but also by rewards for hard work in the battlefield or as honor and privilege in the community.

What is surprising is that when women finally gained sovereignties and they were able to make a choice of the men they want, like men, they chose their own Any Rascal In Power. If you think the correctional officers that had babies for criminals in their care is bad, there are other women in well chosen competitive professions that have fallen for the type of men unbecoming of reasonable folks. Female Public defender with inmate!

One of the Nigerian criminals captured recently in the USA was a nurse making eighty thousand dollars a year. How any woman getting to such an esteem managerial position in nursing could fall into the hands of financial criminals beat some of us. Just for the lure of sex? There is more to this fascination by respectable women than meet the eye. The level of education of some of these women does not justify their “savior” instinct.

The “baddest” boy in boxing Mike Tyson, with his reputation and time in jail was able to hook up with a medical doctor Monica Turner. People said she wanted to drain him of his money. It might have been easier servicing Iron Mike than working as the emergency room physician or shrink. But then Holyfield got married to PhD holder too. Both Tyson and Holyfield were serial monogamists and these respectable women loved that. So!

Most of us that were able to corner beautiful ladies without the temptation of being Any Rascal In Power must thank our stars. Many were so lucky but never realized it until the second time around, then, they realized that the world has changed. They fell into the hands of ladies looking for any rascal commanding billions by any means necessary.

So if you are a young man out there, do not be tempted into militia amnesty for a billion naira. You may have done it all, as expected of you: studied hard in school, never joined gang or militia, shunned ethnic thugs and behaved as decent people in the community. There are respectable decent woman out there for you. You do not have to fall into the hand of criminals to realize your dream as long as you keep it modest and recognize her.

The class of women falling for Any Rascal in Power is what brings envy out of law abiding citizens. Wondering how Rascals In Power turned your desired ladies into their sluts.

The amount of risk involved in criminal behaviors means a short and brutal way to die. At the end of the day, most of the Any Rascal In Power live a restless and tumultuous life that is impossible to sustain in the long run. There are hardly any criminal that is not caught, yet some chose a life of hell watching who is coming behind them. If it is not the law enforcement officers, it is one of their own ready to do them in or kill them.