Why Is 9ice Afraid of BabaNee? 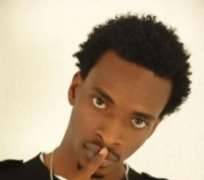 At long last, it appears that the long cold war between 9ice and his childhood nemesis, Baba Nee, is about to burst into a great lyrical shooting war. The whisper in the music circles is that nice is terrified and scared of a new upstart and challenger from his childhood days called Baba Nee. The talk around town is that Baba Nee has put so much scare into the camp of 9ice that they are trying to do everything to prevent his hard-hitting hit singles '2ICE AS 9ICE' and 'ONPE' from seeing the light of day at radio stations or with DJs across the country. They have even gone as far as to use his clout in among radio DJs and on-air-personalities to getting the much needed airplay at clubs or radio stations.

So, why is 9ice so scared of a relatively unknown upstart like Baba Nee who is even yet to release a full album?

Our investigations into the genesis of this feud show that there has been simmering controversy between the two for about 2 years now with Baba Nee accusing 9ice of stealing his lyrics for some of the tracks in his first album Gongo Aso without giving him credit and most recently in his latest album titled Tradition. According to Baba Nee the has been using some of the lyrics and singing style that 9ice used in his 'Gongo Aso' album since 2004 and he is upset that 9ice did not give him any credit or apologise when confronted . According to BaBa Nee 'If anybody can get the video footage of the 2004 competition organized by Kenny St Brown, a concert in which I performed before 9ice, they will hear me use some of the lyrics that showed up in the Gongo Aso album. When I tried to complain to 9ice and some of our mutual friends, I was rebuffed and generally ignored. Since I didn't have any money to fight the fast rising 9ice and I had no label to take up the fight for me, I was forced to accept this flagrant use of my lyrics and style without being given any credit.'

To make matters worse, 9ice also threw jabs at Baba Nee in his two previous albums calling him all sorts of derogatory names and making fun of him in several tracks including Gongo Aso, Petepete etc.

It appears that Baba Nee may have decided to let the matter rest and the controversy would have died last year if only 9ice had not gone ahead again to use some of the lyrics of Baba Nee in his new 'Tradition' album particularly in the track titled 'Pete-Pete'.

When Baba Nee heard the album and noticed that the 'Petepete' he had been talking about in his single track since last year was also used in 9ice new album he lost his cool and decided to challenge 9ice once and for all on this matter. He first took the matter to his lawyers and instructed them to file a lawsuit against 9ice for using his lyrics without permission. Then, he also took his grievance and complaint to his new record label who tried to calm him down. After extensive consultations and consideration on how best to respond to 9ice, Baba Nee finally decided to fight music with music by releasing a new single track titled '2ice and 9ice' in which he essentially called out 9ice to a battle of lyrics so that the public can judge for themselves who is the real king of tradition. Baba Nee believes that if only 9ice would come out and join him in a straight-up urban lyrics fight, it would be clear to everybody who is stealing whose lyrics.

This development, coupled with the threatened lawsuit as well as the courage and determination of Baba Nee to challenge 9ice on his own turf through music has got the Gongo Aso man in such as frenzy that he has been sending his friends and associates to try and intervene and suppress the Baba Nee hit single 2ice as 9ice before it hits the airwaves.

In his hard hitting and controversial hit single titled '2ice and 9ice' which was dropped last week, Baba Nee did not pull as punches as he went straight up against 9ice in the tradition of hip-hop gangs and old African beat warriors like Sunny Ade, Ebenezer Obe and Biodun Adewale. The track was full of proverbs and lyrics directly referring to 9ice and answering some of the jibes 9ice had thrown at him in his two previous albums. To ensure that 9ice does not miss the message, Baba Nee went a step further to produce a music video for 2ice as 9ice to illustrate the beef he has with 9ice and how is really twice as good as nice.
For those who have listened to the exotic lyrics of 2ice as 9ice and previewed the controversial music video, this battle between Baba Nee and 9ice is probably going to be one for the ages and will probably take us back to the old days when Sunny Ade and Ebenezer Obe and Biodun Adewale were going head to head in a lyrical and musical fight that thrilled all the music loving public