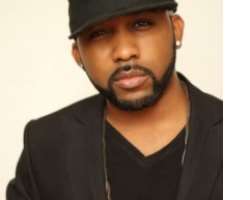 R&B singer Bankole Wellington popularly known as Banky W has been selected as one of the distinguished speakers at this year's edition of the Oxford University Pan Africa.

He will represent Nigeria once again at the annual Pan African Conference which will hold on Saturday, May 4, 2013 at the Oxford Union in Oxford, London.

Others included to speak at the conference are former US Presidents, Reagan, Nixon and Carter, Malcolm X, Mother Theresa, The Dalai Lama, David Cameron, Senator John McCain among others.

The Oxford University Pan African Conference since its inception has been the foremost gathering of African students in the United Kingdom. In partnership with the Oxford Union, The conference brings together hundreds of dynamic scholars, entrepreneurs, activists, and political leaders from around the world.

Mr Wellington will be speaking on the importance of current cultural shifts and changes in artistic expression. He will also discuss the rise of a vibrant media industry and how these changes are shaping the continent's self-perception and its image abroad.

Commenting on the selection of Banky W as one of the speakers for this year, Oxford Union conference Chairman, Temitope Folaranmi said, “Banky W is one of the leading African musician/producers with a strong international presence. In the view of his extraordinary effort in developing young African music talents, Banky W's participation in this year's Conference will be an invaluable contribution.”