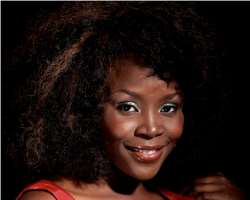 It was a delightful session with pop star, Omawumi Megbele in the last episode of Rubbin' Minds, as host Ebuka Obi-Uchendu tackled her on issues regarding her personal life, career, motherhood, upcoming concert and other hot topics.

Megbele spoke about her upcoming concert, 'Lasso of Truth', which she said will be a mixture of fun, variety of emotions and soulful performances. Not leaving behind what she referred to as the most important thing in her life, her daughter, Omawumi stated that no matter what becomes of her career, she will always make a way for her daughter.

Obi-Uchendu steps up talk-TV with this one. Watch the video below:

My husband complains too much