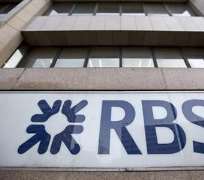 Royal Bank of Scotland (RBS)(RBS.L) is preparing to appoint Finance Director Bruce van Saun as head of its U.S. arm Citizens ahead of its stock market listing, a person familiar with the matter said.

The state-backed British bank could appoint Nathan Bostock, its head of restructuring and a former finance director of Abbey National, as van Saun's replacement. Bostock is highly regarded and is likely to be the front-runner if van Saun moves, though no decisions have been finalized, the source said on Tuesday.

The Financial Times, which first reported the possible changes, said they could be announced within a matter of weeks.

RBS declined to comment.
American van Saun has been RBS finance director since October 2009 and has helped Chief Executive Stephen Hester to cut the bank's bloated balance sheet under a five-year turnaround plan.

He would replace Ellen Alemany as head of Citizens.

RBS said in February that it would sell 20-25 percent of Citizens through a stock market listing in the next two years after Britain's financial regulator put pressure on the bank to strengthen its capital position.

RBS, 82 percent owned by the UK taxpayer after it was saved from collapse in 2008 with a 45 billion pound ($68 billion)bailout, has shed about 900 billion pounds of assets and is under pressure to focus its lending on British households and small businesses.

The bank is still making a loss, dragged down by the running down of its "non-core" loans and compensation for past mis-selling, but its core business is profitable and Hester said that his turnaround is on track.

Van Saun was previously chief financial officer at Bank of New York Mellon (BK.N), where he worked from 1997 to 2008. He has also worked at Deutsche Bank (DBKGn.DE), Wasserstein Perella Group and Kidder Peabody & Co.

Bostock, another key figure under Hester, has been head of risk and restructuring at RBS since June 2009, selling off non-core loans.

He had planned to move to Lloyds Banking Group (LLOY.L) in late 2011, but he backtracked after a health scare for Lloyds CEO Antonio Horta-Osorio, who had tried to recruit him.

The key challenge for RBS's new finance director is to make the bank sufficiently attractive for the government to start selling its holding, which it is keen to do next year.

RBS is still shrinking its investment bank and trying to sell a portfolio of 315 UK branches. It also needs to complete the sale of its holding in insurer Direct Line (DLGD.L). ($1 = 0.6610 British pounds)