Nigeria's Kano Luxury Bus Park Massacre: Government Of Kano State Is An Accomplice And Should Be Dragged Before The ICC For Investigation 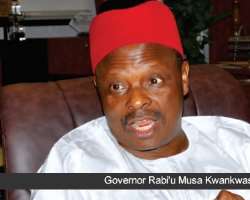 (Onitsha-Nigeria, 31st day of March, 2013)-The divide and rule tactics applied by the Government of Kano State, Northwest Nigeria over the 18th day of March, 2013 deadly bomb blasts that killed up to 200 people, if not more, and injured hundreds of others, mostly Nigerian citizens of Igbo extraction, at the New Road Luxury Bus Terminal in Sabon Gari city of the State is unreservedly condemned by the leadership of International Society for Civil Liberties & the Rule of Law. This has also exposed the State as an accomplice in the dastardly act, which amounts to pogrom. The said State Government risks being made to answer for crimes against humanity before the ICC, at The Hague, the Netherlands. It is recalled that the multiple deadly bomb blasts occurred at about 4:00pm on 18th day of March, 2013; minutes after an unmarked Volkswagen Golf car drove into the Park and parked in between two fully loaded luxury buses belonging to Gobison Nigerian Limited. The car was loaded with undetected improvised explosive devices, which were detonated minutes later. Beside the two luxury buses were three other scantly loaded luxury buses belonging to Ezenwata and Chiemezie Motors Limited respectively. The modern luxury buses, which contained 59 properly seated passengers each, excluding attachments, were Southwest, Southeast and South-south bound buses. The five buses were burnt beyond recognition. The Park, which is located at the heart of the Igbo controlled area of Kano State, called Sabon Gari, also had at the time of the deadly bomb attacks, other passengers, both those embarking on, and disembarking from journeys, as well as hawkers, park workers and passerby. The advent of Boko-Haram and lately Ansaru Islamist terror brigades as well as the controversial introduction of Sharia Islamic law in the northern parts of Nigeria some 12 years ago have deepened social divisions between the host Hausa-Fulani Muslim population and the non-native Christian population residents in the State, dominated by the Igbos of the Southeast Nigeria. The Igbo race is the strongest hold of the Nigerian Christian population and has consistently been a target of ethno-religious killings in the past 50 years. As per the entrenched social divisions, only few moderate and educated host Hausa-Fulanis patronize private transport companies in the northern parts of the country including Kano State, controlled by the Igbo transporters. The uneducated adult Hausa-Fulanis of the north and their leading politicians despise Igbos with reckless abandon, especially in the area of alcohol consumption and other social lifestyles (other than women and polygamy), which they see as ungodly. Among this class; sitting in the same bus, eating, drinking and shaking hands with Igbos amounts to contamination and unrighteousness. As a result of these and more, social divisions between the Muslim and the Christian populations in the northern Nigeria including Kano State are deepened. Kano State plays host to the largest Igbo population in northern Nigeria with over 3million Igbo residents; most of them settled in Sabon Gari city of the State.

Following the deadly bomb blasts, clearly targeted at the Igbo population by violent Islamist brigades, backed by leading northern politicians, the Kano State Police Command led by one Musa Daura, acting in conjunction with the Government of Kano State, released a public statement shortly after the carnage, claiming that only 22 persons died and 65 injured. Few days later, the Government of Kano State led by one Dr. Rabiu Musa Kwankwaso, released another statement, claiming that 24 persons died and that more Hausas died than the Igbos. The two official statements were far below the casualty figures given by the media and other credible independent sources including the Kano State leadership of Ohanaeze Ndigbo and eyewitnesses, which ranged between 70 and 170 or more. In an obvious bid to justify the despicable act and stick to its deceitful and mangled figures, which received wide condemnations from many Nigerians, the Government of Kano State remorselessly embarked, reportedly, on divide and rule tactics. On March 29, 2013, the duo of one Boniface Ibekwe and one Chi Nworgu reportedly got a brief from the Government of Kano State to engage in act of betrayal against their fellow Igbos especially those that lost their dear lives in the deadly bomb blasts. The duo, as reportedly directed, issued a statement, reportedly prepared for them, claiming that Igbos were not the target of the bombing and that only 37 died and 75 injured and that the dead and the injured cut across other ethnic groups. The duo, as reportedly directed, said they spoke on behalf of all Igbo residents in Kano State. The perceived procured statement was quickly succeeded by another issued on Saturday, 30TH day of March, 2013, by the Kano State leadership of Ohanaeze Ndigbo, led by Chief Tobias Michael Idika. The statement not only condemned the act of betrayal of the duo of one Boniface Ibekwe and one Chi Nworgu, but also gave graphic steps so far taken by his leadership following the deadly attacks particularly as it concerns the identities and numbers of the dead and the injured. The Kano State Ohanaeze Ndigbo leadershipalso condemned the despicable roles of the Government of Kano State especially its efforts to suppress the casualty figures and create divisions among the Igbo population in Kano State. The leadership, which on the heels of the deadly bombings, said it counted over 70 dead bodies, informed that as at 29thday of March, 2013, 53 names of dead Igbo sons and daughters were received and recorded in its register with over 60 injured, and that many Igbo families in Kano State have declared their relatives missing, while many other dead bodies were yet to be identified by their families, relatives and friends as at the said date owing to problem of proper identification. Also, according to the leadership, not all the injured were treated in the public clinics; some treated themselves quietly and left, while others went or were admitted in private clinics for treatments.

It is utterly despicable and condemnable that what the Government of Kano State could offer as corporate sympathy for the Igbo residents in its State for the loss of their loved ones is reportedly the application of divide and rule tactics and criminal suppression of the casualty figures. Just the other day, it was the leadership of MASSOB led by Chief Raphael Uwazuruike that reportedly probated and reprobated over this same sensitive issue. The factors that necessitated the reported strange and sudden reprobation were said to have been traced to the Aso Rock Seat of Power in Abuja, Nigeria.

Let those sponsoring these divide and rule tactics among the Igbos be firmly reminded that the retaliations against these killings by the Igbos, if continued unchecked, will be expected from surprised Igbo quarters and not from those angles being compromised and influenced. As a core Igbo oriented civil rights group that is grassroots oriented, we are aware of burning concerns of teeming young Igbo graduate-scientists and non-graduate scientists as well as others resident locally and internationally over these Igbo killings, which explains why we consistently task the Federal Government of Nigeria to find acceptable solutions to the problem and cease the systematic ethnic cleansing against the law abiding Igbo race in Nigeria. Unfortunately, the only solution available to the Government of Kano State and the Federal Government of Nigeria is the creation of imaginary divisions among the Igbos using some leprous individuals who bear Igbo names, whom many Igbos have described as Judases of our times. For those Judases so called, they should be reminded that bombings and terror killings are like stones thrown inside a densely populated market; anybody can be a victim. Today, they are said to have collected bribes to erase the names and numbers of their brothers and sisters who were massacred by their host enemies; tomorrow, it may most likely be their turn. Also, those Judases so called, can be victims of clean-up killing or perfect crime, which, criminologically, is one of the government or political crimes. This is because anybody who is privy to an enclosure where heinous State crimes are discussed is an express candidate of political elimination or killing.

While commending, unreservedly, the courageous attitude of the Kano State Branch of the Ohanaeze Ndigbo for a good job it has done, we wish to restate our earlier warning that pushing the Igbos to the wall will be very catastrophic and unquenchable. Again, if the Igbo race is pushed to the wall, production of improvised explosive devices and their detonating appliances will be a toyish aspect of what the Race will be capable of inventing and producing. Any further killings of Igbos and other innocent Nigerians, on the strength of these thoughtless divide and rule tacticswill be very calamitous. It remains our immutable position that solutions to these senseless killings must be found by the Federal Government of Nigeria as a matter of extreme urgency and immediacy.

The solutions to the systematic massacre of Igbos and other innocent Nigerians by malicious and blood thirsty Nigerians are not far-fetched. They include overhauling by presidential proclamation, of the grossly lopsided command structure of the Nigeria Police Force with respect to rankings, promotions and postings so as to engender geopolitical equity; digitalization of the NPF(including computer literacy) especially its criminal intelligence and criminal investigation; advancement of local and international in-service trainings of the personnel of the criminal intelligence and investigation units of the NPF; upgrading and digitalization of all State CIDs of the NPF including their forensic/crime labs; mass retirement of all serving CPs, AIGs and DIGs from 55 years and above; non-renewal of the tenure of retired DIG Parry Osayande, chairman, Nigeria Police Service Commission and appointment of a non-retired police officer as his replacement come May, 2013; curbing proliferation of small arms and their illicit bearers, which may have reached an all time high of 5.7million in the country; high reliance on preventive policing and less reliance on gun-culture policing; advancement of early warning and hazard preventive measures rather than medicine after death methodologies; equitable implementation of police-citizen protection ratio to all Nigerians irrespective of tribe, religion, age and sex; upgrading and professionalization of the country's criminal justice system including criminal intelligence and investigation managements, criminal prosecutions and criminal trials; and arrest and prosecution of northern politicians, royal fathers and retired and serving top security personnel found backing the violent religious extremists perpetrating these crimes against humanity or where the Government of the Federation is incapable of ensuring this; express invitation of the Chief Prosecutor/Investigator for the International Criminal Court for investigation, arrest and prosecution of those involved, which may include the Government of Kano State, before the ICC at the Hague.