PASTOR OBADARE: GIANT OF THE FAITH 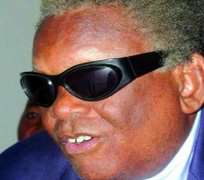 If you want to “dig the old wells” (Gen. 26:18) and benefit from the rich preaching heritage of the church, listen to Pastor Timothy Obadare.

There is no greater compliment one could pay a preacher than to say that he preaches like Charles Spurgeon.

You’ll find Spurgeon’s name in almost every book that deals with the church in Victorian England.

Similarly, Obadare was a household name in Pentecostal evangelism in Nigeria.

For generations, Obadare has inspired the best preaching in Nigeria.

While at Akure in the early 80s, it was a joyful routine for me to wake up at dawn to hear him preaching on the radio. I spent most of the wee hours of the morning meditating on his ear-tingling message.

I must confess that many times his preaching have driven me to my kneels in confession and prayer.

Like Spurgeon, he was married to the pulpit. His expository teaching of the Bible left no one in doubt that he was an evangelist of extra ordinary order.

Both his radio/TV listeners and his congregants knew that God had sent them a dedicated pastor. He was always praying, always preaching, always visiting the sick, always catechizing, and always studying.

It’s no exaggeration to say that Obadare often fell asleep at night talking about Christ, and often spoke about Christ while sleeping.

Obadare’s sermon always hinged on three favorite images of the church – the bride of Christ, the vineyard of the Lord, and the ship.

In today’s world of headache and haste, Obadare’s sermons proved a ready healing balm for the troubled, the tormented, and the spiritually disturbed.

He was a wonder in his own day. He was a many-sided man – so commanding, so simple, so humble, so selfless, so entirely Christ’s man.

To paraphrase Spurgeon on preaching, Obadare preached a “fixed faith” and he was sent forth with a “definite message” from God.

He boldly preached the truth as he saw it in Scripture. If his sermons hurt some individuals or groups, he could care less and never apologized.

Obadare practiced what he preached. He was not only a preacher, he was a fighter. If his preaching ever led to controversy, he was not the type of a preacher that would retreat.

He was both a Calvinist and Puritan preacher to the core.

As a Calvinist, he preached no diluted gospel. And he was not an admirer of those who preached that way. He was the man who makes the water boil.

As a Puritan preacher, he was always fighting for Biblical truth and would sacrifice anything to defend the doctrine of God’s grace.

Obadare preached as a man who has seen God face to face.

He was an evangelist with a burden for the oppressed and the poor, a crusader who hated social evils.

A spiritual man who guided many believers into a closer fellowship with Christ, an ambassador whose calling caused him far beyond his own local church and denomination.

Obadare would always frown and reject any confederacy with those who depart from the truth. He was a defender of the evangelical faith.

His preaching always lit the fuse of conversion and reformation. He flattered one’s weaknesses, laughed at one’s jokes, and fed people with irresistible compliments.

He used preaching as the “communication of divine truth through human personality.” He believed the truth must come through his character, his affections, his whole intellectual and moral being.

After hearing Obadare’s preaching, you’re left with the impression that you have been face to face with a man of God!

He was instrumental for the explosive ecclesiastical message of the Apostolic Church today. Like Paul, he planted so many churches taking the message to the remotest parts of Nigeria.

In the midst of controversies, Obadare believed that the best way to promote union is to promote truth.

He helped the evangelical cause best by concentrating on his denominational ministry – WOSEM.

He demonstrated example of a practical life based on Apostle Paul’s message to the Romans – “Be joyful in hope, patient in affliction, faithful in prayer.” (Romans 12: 11-12).

“Be joyful in hope,” even when things went wrong, he hung to his hope in God which gave him joy.

“Patient in affliction,” he remained patient because he knew God will use whatever he was going through for good.

“Faithful in prayer,” when tough times came, he had a choice: he could either pray continually or he could panic. Obadare chose the former. He was a giant of the faith.

Obadare’s own brand of Pentecostal evangelism is diametrically opposed to the preaching of noonday Pentecostal televangelists. His was a theology of liberation and not theology of prosperity.

Like all of us, Obadare had his faults and weaknesses. But he magnified God’s grace and glorified God’s son. We can all be faithful as he was in preaching the gospel of Jesus Christ.

The life and ministry of this humble man of God is an example to us of what the Lord can do in the life of an ordinary person who is totally yielded to him.

As you journey home, we wish you safe trip. Please enjoy the company of other great colleagues – the senior evangelists – Paul, Peter, James, and John.