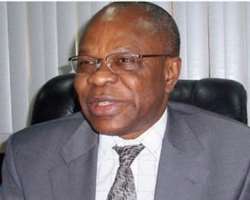 San Francisco Feb 04, (THEWILL) – Nigeria on Thursday was dealt another quagmire when a Federal High Court sitting in Lagos ruled that the Independent National Electoral commission (INEC) as constituted lacks the constitutional requirement needed to conduct elections in the country. Simply put, today's INEC is not recognized by law and any election it conducts is illegal.

The declaration of Justice Mohammed Liman has thus nailed the Anambra election, which has been scheduled for Saturday, February 6, 2010.

Justice Liman while delivering judgment in a suit filed by a political party, the Action Congress challenging the composition of the electoral body, said the present composition of the electoral body lacks the constitutionally stipulated quorum to make decisions, noting that the body has only four board members instead of the minimum number of five.

Section 159 of the 1999 Constitution clearly states that there must be at least five board members in INEC to form a quorum.

Section 159 (1) "the quorum for a meeting of any of the bodies established by Section 153 of the constitution shall not be less than one-third of the total number of members of that body at the date of the meeting.

(2) "A member of such a body shall be entitled to one vote, and a decision of the meeting may be taken and any act or thing may be done in the name of that body by a majority of the members present at the meeting.

(3) "When such body is assembled for a meeting, the Chairman or other person presiding shall, in all matters in which a decision is taken by vote (by whatever name such vote may be called) have a casting as well as a deliberative vote.

(4) "Subject to its rules of procedures, any such body may act or take part in any decision notwithstanding any vacancy in its membership or the absence of any member."

The Constitution also mandates only the President of the Federal Republic of Nigeria to appoint members into the board of the electoral body. Nigerian president, Umaru Yar'Adua is still incapacitated at the King Faisal hospital in Saudi Arabia.

Justice Liman in his ruling said: "On a very sad note despite the fact that INEC consist in the most important and indispensable bedrock on which our democratic institutions are built and its functions are central to the smooth evolution of our political structure, it is not an understatement to say that without a functional INEC no election into any political office would be possible.

"Then, how come that in the eleventh year of the nation's journey into constitutional governance we do not have an electoral body with its full complement members?

"We continue to pretend that all is well with our electoral system when the membership continues to drop from 13 down to four and it seems that we remain complacent as if all is well.

"I think that something is wrong somewhere and the earlier both the Executive and the Legislative departments of the government act to reverse this shameful tread the better for the people of the country."

Meanwhile, INEC through its spokesman Philip Imeadi said last night that it was yet to review the judgment so would not comment.

AC had approached the court in December claiming that the INEC chairman, Prof. Maurice Iwu, and three other members of the board of the commission lacked the required quorum to conduct the rerun election in Osun State.

Meanwhile, the judgment has thrown INEC into a complex position. If the body goes ahead and conducts the Anambra election on Saturday, it will give room for a flurry of court cases which may linger for a while and if it decides to postpone the election, then it may be breaking another Constitutional provision which states that elections must hold not earlier than 60 days and not later than 30 days to the expiration of tenure of the incumbent. Governor Obi's tenure expires on March 17, 2010.