Kim Kardashian Rushed To The Hospital For Suspected Miscarriage 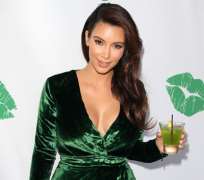 Newyork Post reports that Kim Kardashian was rushed to the hospital on Tuesday night after she feared she had suffered a miscarriage.

According to the report:

“Kim started feeling ill on the plane from Paris, and called friends as soon as she landed,” an insider said. “She was rushed to her doctor Tuesday night in tears. She thought she was having a miscarriage.”

Luckily she and the baby were fine, and Kardashian was sent home at 12:30 a.m. after she was examined and given the all-clear. But doctors told her she's working and exercising too hard, and gave her a stern warning to rest.
Please continue...
“Kim's not respecting her pregnancy,” says a source. “She's running around, working out seven days a week. She's working with two different trainers to control her weight, including Tracy Anderson and a pregnancy trainer.”

The source added that Kardashian — who's been photographed obsessively working out while expecting — has been desperately trying to tame her figure amid public criticism that she's ballooning.

“She's scared that her ass is as big as a couch and is going south,” the source said. “But she is having a very rough pregnancy, and doctors have ordered her to slow down.

Kim seems to be more concerned about keeping her hour glass figure than letting the pregnancy take its course. Here is hoping with this, She will calm down on the gyming and rigorous exercises.