Increasing Cases of Open Racial Discrimination in Fashion and Modeling 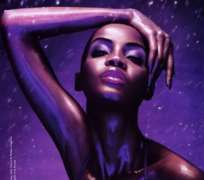 Candice Swanepoel is the epitome of the classic Caucasian model. I have seen the biased opinions of white model scouts who look for a million and one excuses to reject very promising black and Asian girls who would have been accepted and celebrated if they were white in colour In fact, many of the leading fashion and beauty magazines like VOGUE, ELLE, Vanity Fair, Glamour and others have ignored this racial injustice against black and Asian girls. The list of the richest supermodels today is enough proof of this glaring racial discrimination in the Caucasian controlled fashion world. Only Iman, Naomi Campbell and Tyra Banks made the list from the highest paid Gisele Bündchen to the richest Kathy Ireland who has made over $350 million so far. And currently no single black model is among the highest paid active super models in the world since 2012 to date. Having a few black or Asian models making covers of white oriented magazines is just consolatory and does not address this problem that we all know is doing more harm than good to the fashion and beauty industries and making millions of black and Asian consumers to snub white magazines and invariably affecting the general appreciation of the products of white fashion designers and distributors of general beauty products and thereby causing slumps in sales in the U.S, Europe, Asia and other countries where they are sold to the public.

The more cosmopolitan we are in the fashion and beauty industries the more we will grow the creative industries and increase the public appreciation of our products and services so that non-white people will not see them as products made only for white people and snub them.

Let us address this problem, because it getting worse by the day and will not secure the future of the fashion and beauty industries and the society.