THE ECONOMIST SINGING AFRICA PRAISES: FROM 'HOPELESS' TO ' HOPEFUL' AFRICA 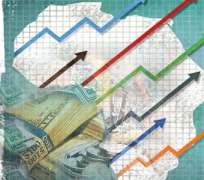 Dr. Nnamdi Azikiwe, the first Nigerian President used to say: “No condition is permanent.” In past decade or more, Africa with all her short comings, vulnerabilities and sufferings appeared to be in a perpetual condition of hopelessness. The disease, political unrest and poverty were making permanent residents in Africa. With these deplorable situations, Africa became a testing ground for all abstract theories and hypothesis.

The Western media and financial institutions were busy running around to attend to the mundane problems of the continent, without even asking Africans to speak and say what Africa want from the West. The media was quick to treat Africa as a country and not as a continent.

When a political and economic breakdown occurred in one country, it is immediately referred as an African problem. The International Monetary Fund (IMF) was quite busy roaming from one African country to another, actively doling out financial prescriptions and medicines that made the perceived patients even sicker. Africa was introduced to austerity measures, otherwise known as Structural Adjustment Program. It was an indeed an adjustment from poverty to penury, and to a more stringent life style.

The Economist magazine, a quintessential Western media in May of 2000 chose to amplify the existential problems of three African countries namely Sierra Leone, Ethiopia and Mozambique with a captioned, “Hopeless Africa.” And the economist write-up was characteristized by barrage of put downs and condescension that the magazine later regretted.

In the ‘Hopeless Africa’‘, an article from Economist the ‘abysmal Africa’ was initiated with this awful permeable:

“AT THE start of the 19th century, Freetown was remote and malarial, but also a place of hope. This settlement for destitute Africans from England and former slaves from the Americas had become the main base in west Africa for enforcing the British act that abolished the slave trade. At the start of the 21st century, Freetown symbolises failure and despair.

The capital of Sierra Leone may be less brutalised than some other parts of the country, but its people are nonetheless physically and psychologically scarred by years of warfare, and this week they had to watch as foreign aid workers were pulled out. The United Nations' peacekeeping mission had degenerated into a shambles, calling into question the outside world's readiness to help end the fighting not just in Sierra Leone but in any of Africa's many dreadful wars. Indeed, since the difficulties of helping Sierra Leone seemed so intractable, and since Sierra Leone seemed to epitomise so much of the rest of Africa, it began to look as though the world might just give up on the entire continent.”

Economist at the time of the write up, forget to mention the international role blood diamond played in the Sierra Leone conflict and the ECOWAS military intervention that successfully brought to the end of the conflict. Temporary amnesia was needed to put Africa in her suppose place.

And Economist continued, “All, however, is not well. Since January, Mozambique and Madagascar have been deluged by floods, famine has started to reappear in Ethiopia, Zimbabwe has succumbed to government-sponsored thuggery, and poverty and pestilence continue unabated. Most seriously, wars still rage from north to south and east to west. No one can blame Africans for the weather, but most of the continent's shortcomings owe less to acts of God than to acts of man. These acts are not exclusively African—brutality, despotism and corruption exist everywhere—but African societies, for reasons buried in their cultures, seem especially susceptible to them “

The barrage of put down and heaps of degradation were not yet enough: “Sierra Leone manifests all the continent's worst characteristics. It is an extreme, but not untypical, example of a state with all the epiphenomena and none of the institutions of government. It has poverty and disease in abundance, and riches too: its diamonds sustain the rebels who terrorise the place. It is unusual only in its brutality: rape, cannibalism and amputation have been common, with children often among the victims.”

Those stereotypes that Africa was always associated with: “cannibalism”

and “brutality,” were slipped into the write-up and it was beginning to sound like Conrad’s Heart of Darkness.

Africa rising, A hopeful continent - The Economist
“No condition is permanent” and Africa’s dire condition has gradually but steadily changing and improving. The economic climate in Africa is becoming bright, even brighter. While the rest of the world was mired in anemic economic growth, African economy is growing at 5;3 percent for the past three years and projected to grow even more in 2013 and 2014.

Nigeria, an oil-rich nation is projected to grow up to 7 percent in 2013 and 2014. Investors are rushing to Africa not for altruistic reasons but because African market offers the highest returns of any market in the world.

Nigeria capital market yields higher returns more than European stock markets. While the problems of debts and deficits are gradually diminishing in Africa, many Euro-nations are mired in unsusstainable debts and deficits with bloated public sectors and insatiable thirst for spending.

Economist is reversing her stand on Africa and beginning to sing praises for Africa. Truly, no condition is permanent: With a new captioned, “Africa rising, A Hopeful Continent,” in the March 2013, Economist writes:

“A booming economy has made a big difference. Over the past ten years real income per person has increased by more than 30%, whereas in the previous 20 years it shrank by nearly 10%. Africa is the world’s fastest-growing continent just now. Over the next decade its GDP is expected to rise by an average of 6% a year, not least thanks to foreign direct investment. FDI has gone from $15 billion in 2002 to $37 billion in 2006 and $46 billion in 2012.”

It continues, “Many goods and services that used to be scarce, including telephones, are now widely available. Africa has three mobile phones for every four people, the same as India. By 2017 nearly 30% of households are expected to have a television set, an almost fivefold increase over ten years. Nigeria produces more movies than America does. Film-makers, novelists, designers, musicians and artists thrive in a new climate of hope. Opinion polls show that almost two-thirds of Africans think this year will be better than last, double the European rate.”

What will Africa, Economist and World take away from this reversal in the story line? Time and situations never remain same. Yes, Late Dr. Nnamdi Azikiwe was right, “No condition is permanent.”