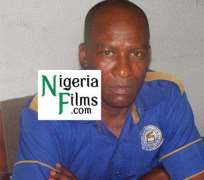 There are reports that the Lagos State chapter of the Actors Guild of Nigeria (AGN) has been dissolved. It was reported that Emeka Rising led exco of the state AGN was reportedly dissolved on Monday, March 5, 2013.

According to the report, the tenure of the Lagos AGN had expired which necessitated the dissolution of the state guild.

It was further reported that a sole administrator has been appointed to take control of the Lagos chapter of the guild. He is Wisdom Nwankwo.