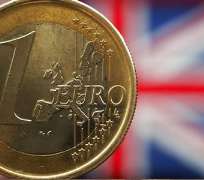 Economic and business confidence in the 17 countries using the euro improved for the fourth straight month in February, the European Commission said on Wednesday, as factories saw their order books filling up.

Economic sentiment in the euro zone rose by a better-than-expected 1.6 points to 91.1, continuing a recovery started in November last year, the Commission said.

Economists polled by Reuters had expected a reading of 89.8.

The Commission also said business morale increased by 0.36 points to -0.73, reaching a level last seen in May 2012.

The European Central Bank's unprecedented decision last year to buy the bonds of governments who ask for help calmed the euro zone crisis dramatically, removing the risk for businesses of a break-up of the currency bloc.

The mood in factories brightened in February and managers told the Commission they saw rosier outlooks on expected production and on the size of overall order books. Morale in services also drove the rise in confidence, with service confidence up slightly as managers revised past evaluations.

Optimism was due to "sharp improvements in managers' assessment of the past business situation, and to a lesser extent, their views on past demand", the Commission said.

Consumer confidence increased marginally in the euro zone, by 0.3 points. Consumers were more positive about the future economy in general, but pessimistic about their own ability to save money over the next 12 months.