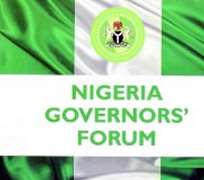 ...Postpones Meeting Till May.

ABUJA, February 25, (THEWILL) – Troubled Nigeria Governors Forum (NGF) failed to conduct the much anticipated election after about four hours closed door meeting last night in Abuja. The election will now hold in May.

The deadlock further fueled interpretations that the influential grouping may fast be headed to political oblivion.

The election was meant to elect new officers of the forum that will take over the reigns of leadership in April, when the incumbent and Rivers State Governor, Chibuike Rotimi Amechi and other executives are to step down.

Though Amechi is qualified to re-contest, developments lately suggest very strongly of a grand plot to stop him.

Nonetheless, the embattled Amaechi will remain as chairman of the forum untill after the election.

Had election held last night, Amaechi would have emerged winner, but things change towards the end signaling that could have caused an upset.

However, reading the communique at the end of the meeting, Amaechi said "members reviewed the affairs of the forum in the past 21months detailing activities, achievements and challenges experienced during the period

"After exhaustive deliberation of the issues regarding filling vacant positions, the forum resolved that election in this regard be postponed until May when the chairman's initial two-year tenure will expire."

The chairman, who read the communique to journalists at the entrance of the building, however declined to entertain questions afterwards.

But addressing newsmen afterwards, chairman of the PDP Governors Forum and Akwa Ibom State governor, Godswill Akpabio said "we felt that the elections should be held in May so that the leadership of the governors forum can begin to act immediately after they are elected or selected or by consensus they are brought into office. so it is not a big deal, this is almost a committee of equals. So anybody can be chairman or vice chairman.

"So this is something we have agreed. I was hoping you would ask me about the union of the PDP. For the first time we came together as a forum. We are now going to ensure the total unification of the PDP. We want to look at the grey areas, the areas of disagreement and acrimony and then reconcile the party in different areas. The governors want to act like a pivot to bring about total unity of the party because you know very well the opposition cannot win election because they don't have better programmes than us. But if we lose election as a result of internal wrangling that is when the opposition can gain.

"So we want to put our house in order and ensure that the confidence Nigerians have in us will push us to ensure hat we work harder and make Nigeria happier," he said..

On the split in the forum, he said; "Don't ask me why we have northern governors forum or south south governors forum or ACN governors forum, Those are all substructures of the Nigeria Governors Forum, so even if they meet and discuss affairs of their party or the region they will still come back to the large forum to look at the interest of Nigerians," he explained.

"The chairman of the NGF must speak on behalf of all the parties therefore the PDP governors must also have their own small forum where they can discuss issues pertaining to their own party."