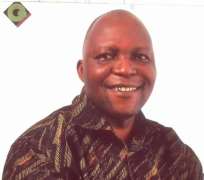 The succession bid of contestants for the post of governor of Kwara State Association of Nigeria Theatre Arts Practitioners (ANTP) might be heading for the rocks. This is due to the change of heart of the incumbent, Alhaji Abdulmalik Olorunfemi.
According to a reliable source, Alhaji Olorunfemi succumbed to pressure from both members and elders of the association last week Saturday to run for a second term in office and has since picked the form to that effect.
Speaking with Nollywoodgists.com on phone, Alhaji Olorunfemi confirmed the information saying that he had to rescind on his decision due to the situation of things.
When pressed farther, the amiable governor explained that he had to comply with the decision of the elders forum and that is why he had to change his mind.
Nollywoodgists.com investigations revealed that a cross section of members of the association had been clamouring for Alhaji Olorunfemi to run for a second term since the amendment of the association's constitution last year but the governor had maintained that he want to make his exit when the ovation is loudest.
According to our source, the governor's recent change of mind might not be unconnected with the fact that none of the contenders for the post have a secondary school certificate.
The ANTP constitution stipulates that contestants for the governorship position of the association should have among other things, a minimum of Senior School Certificate or its equivalent with seven years of membership in ANTP or must have served credibly in any of the tiers.”
The constitution also mandates that the contestants “must be fluent in English language”.
Our source disclosed that the state association risk been led by an appointed sole administrator as none of the contestants met the criteria for the post.
In other to avert this ugly occurrence the elders held an emergence meeting where they all agreed to persuade the incumbent to continue in office.
The growing concern now is that the governor's change of mind might not go down well with some of the contestants as they might see their change of fortune as a political gimmick but a closed associate of the governor has dispelled such concern.
According to him, “the governor was part of the delegates that went to Ibadan for the amendment of the constitution so as to create room for second term, yet when he came back he still insisted he was not interested in a second term, even when the contestants were saying they would step down for him he still said “No” so why would those same people think he is playing politics now that he has agreed to their demand?” Our source queried
Meanwhile, collection and submission of forms had closed last week, Thursday 7th of January. The outgoing president of the association, Prince Jide Kosoko had stated that there will not be an extension of the date.
In another development, due to the rising profile of Kwara artistes under the present administration of Alhaji Olorunfemi, aspirants for the top seat of the association have continued to storm the state. The latest was Dele Odule who stormed the state with a large followership of stars two weeks back.
Dele Odule who had earlier agreed to the selection of Comrade Victor Ashaolu as the president of the association told Kwara artistes that he did so as a sign of respect for the elders who conveyed the meeting.
He said he was confident that he would floor Comrade Ashaolu at the poll and urged Kwara artistes to join the winning team while promising to do the best for the state.

The present ANTP government in Kwara State has concluded plans for the award of excellence to the best film produced during this administration.
The program which will hold at the Kwara State Arts and Culture Centre is expected to be graced by representatives of the state government and the Commissioner for Social Welfare and Culture.
The outgoing president of the association, Prince Jide Kosoko and Dele Odule are among other prominent artistes expected to make the event really groove. The best actor and best actress in the film will also be awarded on that day.