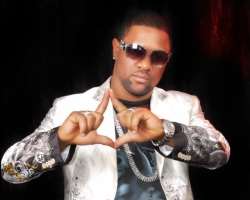 Olaitan Oladapo Olanipekun fondly known as DAGRIN, the Fimi lejo Master started music as any other artiste, but differs his kind of music as he prefers to express himself in his local dialect. Started with the release of “Still on the matter” and known as the CEO (Chief Executive Omo-Ita). In this chat with ALLI MUTIAT, he tells us how he managed to make name in the industry and other related issues. Enjoy.

Quote: music has always been my dream and passion as I believe it would take me far in the industry.

Describe your stardom into entertainment industry?

Sincerely speaking, I would say that the journey so far has been very rough as before I could make a name in the industry, I had to work my fingers to the bone, pleading to several record labels to have me signed, all they told me was that music is not by line that I should consider doing another thing entirely. But all the same, I give thanks to God Almighty for his infinite mercy and taking higher to this level.

As a new artiste under the Edlyne Records, do you consider yourself lucky?

To be a signed into a record label of this kind is great as I believe the label would take me to yet another level in the industry going by the calibers of artiste working with the label. Take for instance, Dj-Zeez left Stigomania records for Edlyne and his doing making a lot of waves in the industry which I believe am about to set into stardom.

I am not part of those artiste that believe in getting inspiration from either drinking or smoking marijuana, I draw most of my inspiration from the street and the things around me as I believe in speaking for the people and I think music is the only way for me to express myself. I get inspired firstly by God Almighty and the unusual things happening around my environment.

How comfortable are in you in the entertainment industry presently?

All comfort comes from the creator so I wouldn't say I am that comfortable but at least I can afford to eat the three square meals daily, wear good clothes. All the same I know I am just arriving in the industry but definitely I am here to make a stand in the music world.

How successful was your previous album?

Well, my first album “Still on the matter” did not really work out as expected for me but at least it gave me an edge in the industry. The poor stand of the album was due to inadequate marketing on the part of the label I was then as that was the main reason why I had to re-brand myself in my new album.

Let's have an insight into your new album?

My new album is tagged “Dagrin CEO “Meaning the chief Executive Oma-ita, it's a thirteen tracks album with hit songs like PonPon, Gboro, Ghetto Dreams, Thank God, Everyday among others. The production was mastered by Sas, T-Frizzle and Dr. Frabs who made everything possible to make sure that my album is of the market taste. The album basically revolves round my experience before I could actually make a name in the industry presently.

Being signed on the Edlyne records, does that implies that your former label would not count?

Basically, the label would still exist because I own the record label tagged “Missofunyin Entertainment” that's why I referred to myself as the CEO. Already I have few up-coming artistes on the label that I am currently promoting and I still work in the studio. Being on Edlyne records would not stop my operation on my own label since that's where I started from, I needed stardom and fame that's the reason for my new work at the Edlyne studio.

Where do you intend to take your music career to in the nearest future?

Everything been possible by his grace, I want to see myself blow not only in the Nigeria industry alone but other countries as am not ready to rest on my oars now as good things they say do not come easy. I want to see myself come home with the Grammy Awards and other international plaque and not forgetting to promote the image of the country and I state I belong.

What are the challenges you faced in the course of your music career?

First and foremost, the issue of how to make a name in the industry, looking for the right record label and more importantly finance. I must confess here that I get support from nobody as I had to struggle for myself just to make sure I am comfortable. I know no matter how things may look at present, surely things would go smoothly.

Why did you decide to sing song in your local dialect?

I think the only way I could express myself to the people out there was to do my thing my own dialect (Yoruba), I knew I would have problem singing in English language as delivery would be one of my major problem. My singing in a particular dialect is to promote the cultural value and heritage of my country and as well encourage other artiste who may want to sing our dialect never to relent on their dreams.

Putting all your raps together, did you encounter any difficulties so far?

(Laugh), people tend to ask me this question frequently but I must say its easy may because have been used to, it's just like me talking on a normal day but a times when the raps do not want to work-out for me the way I wanted it, I just do a free-style thing into. But sincerely speaking the rap thing has always been go for me and I am enjoying what am doing best.

Who are those you look-up to in the industry generally?

My music career did not just start like that; I got mentored by the like of 50Cent, Bow-wow, Eminem, Chammillionaire, Rugged Man, Eedris Abdul Kareem and other rap artiste who I know have made name in the industry. I grew to listening to Missy Elliot and I got gingered and I made up my mind that one day I would sing and represent my country.

Aside music what other thing would you be doing?

(Gasp), if not music then I am no where as I think that is what I am born to do, music has always been part of me right from childhood where I sing among my family member. If not music, then I am not Dagrin that you know presently.

Taking about family, where your parent in support of your career at the initial stage?

Sincerely speaking, my parents where in no way supportive most especially my father, he is a disciplinarian and he does not tolerate nonsense at all. He wanted me educated to a stage as he usual tells that after education, you may decide to do anything else. After few years in school, I couldn't cope and I started snicking out to attend shows. They later saw reasons with me and decide to let me do what I know best. Now a day, they take time to see that I dress well to shows and more importantly gives me prayer.

PonPon, one of the tracks from your new album is already gaining more hype on both the radio and television stations, how do feel about that?

Honestly, I would say I am very happy and as well appreciates the love shown to me by all radio Dj's and Television Presenter for promoting my songs on their various stations. Since one of my tracks is already gaining massive air-play, definitely good things are around the corner for me.

After the release of your album, what is the next thing you are working on?

Like I said earlier, I am not ready to rest on my oars but be rest assured that what am doing currently is that I am working on the shootings of other video tracks of my album and as well writing my new lyrics.