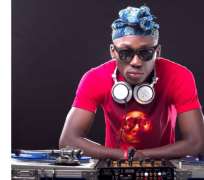 The turn-table master has been in the business for over a decade dishing out distinctive mixes. He is also the official DJ for the weekly Industry Nite in Lagos and Don Jazzy's Pop Club also in Lagos.

According to Don Jazzy, "DJ Spinall is someone I have known and admired for a long time,” he said. I am really excited to be working with him and I know that many fans too share that excitement."

DJ Spinall has worked with Ray Power and Eko FM radio stations both in Lagos. He has played at some Nigerian and international events.