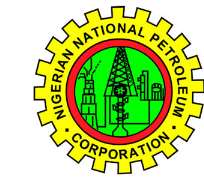 SAN FRANCISCO, February 06, (THEWILL) - It was a narrow escape, Wednesday, for some top officials of the Nigerian National Petroleum Corporation (NNPC) as they cheated death by the whiskers when the corporation's aircraft in which they were traveling overshot the runway and crash landed at the Osubi Airstrip in Warri, Delta State.

Though there was no fatality in the accident which occurred at about mid-day, it however sent jitters down the spines of people especially as it came barely a year after some NNPC officials were killed in a plane crash in Lagos.

He said that the appropriate aviation agencies had been notified of the incident and they had begun investigations.

The aircraft tagged 5NNOC HS125, operated by Aero Contractors was said to be on a routine operation from Abuja to Warri when it overshot the runway of the airport.

An eyewitness told THEWILL that residents in neighbouring Osubi community had trooped to the airstrip when news filtered into town that a plane almost crashed at the airport.

The witness said the prompt rescue operation provided by Shell fire fighters saved the aircraft from bursting in flame as the airstrip was immediately shut down temporarily as a result of the incident.