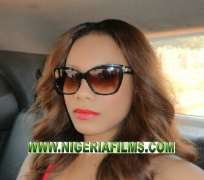 In Ghana today, one actress that has become a crowd magnet and a face to reckon with is Zynell Lydia Zuh, not because she is beautiful but the fact that she is an actress with a different attitude.

From 2010 till date where she has featured in close to 50 movies, Zynell as she is fondly called by friends and close associates, has held the industry spellbound with her acting prowess.

Though, her incursion into the Ghollywood was dated back to her secondary school days, when she left the higher institution, the graduate of Communication Studies from Legon University decided to give her time to it and today, she is making relevance.

"I started to get positive responses from industry watchers and critic and my love for the arts grew so I decided to take acting more seriously in 2010. I try to put my best in whatever character I am given but don't think I have found that highly challenging and memorable character yet. It's a tough industry but I believe the cream always rises to the top." She disclosed.

On her other passion aside movie, the ravishingly beautiful actress said "I love music, fashion and movies. I'm not a party animal but I like to hang out with friends when time and work permit."