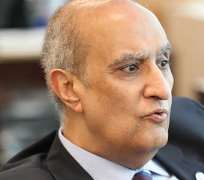 Africa Renewal: What are some of the greatest challenges in trying to get the international community to deal with Africa on its own terms, according to the continent’s own priorities?

Maged Abdelaziz: We are seeing the remnants of the economic and financial crisis and its impact on development activities. As NEPAD is built not on aid but on partnership between Africa and the donor communities, African countries would expect more investment, more industrialization and thus more employment, more social integration and more social and economic coherence. But unfortunately, there is a lack of funds on this front and a decline in the percentage of aid.

A lot of commitments have been made. But there is lack of implementation. If you take it back to the 2005 Alberta summit [of the Group of Eight industrialized countries], up to now only 25 per cent of the G-8 Action Plan on Africa has been implemented. Of $65 billion that was going to be used for investment in Africa [annually], only about $23 billion has been delivered.

How to deal with these challenges is to try to integrate Africa’s priorities, as defined in the thematic areas of NEPAD, into the economic and social and security priorities of the United Nations. The chance for that is coming, because we are starting to shape the post-2015 development agenda [2015 being the end of the target period for the Millennium Development Goals]. And we played a significant role as OSAA in supporting African negotiators in Rio [at the UN Conference on Sustainable Development] to try to achieve the maximum of what they could achieve out of the unified African position.

Africa Renewal: NEPAD’s focus is not just on aid, but also investment and trade. Yet the decline in aid, in the wake of the financial crisis in the US and Europe, has nevertheless been a blow. In that situation, what can African countries do to better mobilize their own resources, and to better manage what they have by combating corruption and stemming the flow of African funds abroad?

Maged Abdelaziz: Well, in order for Africa to use its money better, it should have the money first. The concentration, as you say, of NEPAD is not on aid. It is on trade, investment and industrialization. And through these we can have better employment, better health care, better services and other things. Mobilizing resources from within African countries has been one of the major targets of the African Union, which has established a high-level panel on the mobilization of resources in African countries.

You need good governance at the same time. There are some African countries that have 5 per cent or 6 per cent or even 8 per cent growth. But this growth does not trickle down to the population, and the people who are below the poverty line are increasing more and more. So if you look at it from up there, you see that a country may be growing, doing among the best economic performance, but if you look at how this is affecting the socio-economic structure of the country, it comes at the level of certain people and stops there.

This happened in my country, in Egypt, where we had about 5 per cent or 6 per cent growth a year. But those who benefited were only the businesspeople who controlled the economy at the top. At the same time, we had 40 per cent of the people below the poverty line. Governance should be strengthened to ensure that everybody benefits from the economic gains that are coming.

And corruption. There is a high-level panel established by the African Union on combating corruption and ensuring that there are no kickbacks and no funds that should be going outside of the country. But that also requires some commitment at the international level, from the big economic powers. Because most of those moneys that are being smuggled out of African countries are going to bigger economies, they are not going to smaller economies.

Africa Renewal: You’ve alluded to the Arab Spring and the tensions that can be caused by poverty amid high economic growth rates. The other side of the Arab Spring was dissatisfaction with the lack of political inclusion, limits to democracy and political repression. Do you think the events in the north of the continent have been a wake-up call to the remaining authoritarian regimes in sub-Saharan Africa?

Maged Abdelaziz: It is definitely a wake-up call to everybody. Not only for the autocrats in Africa. It is a wake-up call for all autocratic regimes. There is a political aspect to it and there is an economic aspect. The political aspect is that if you stay in power for a long time, there could be a negative impact. The economic part is that as long as people are not happy economically, they are going to revolt. And if you combine both together, then you have big revolutions, as you had in North Africa. Yes, it is a wake-up call.